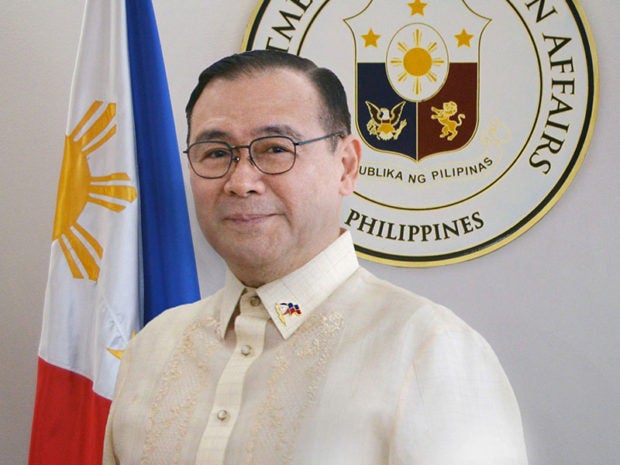 MANILA, Philippines — Foreign Affairs Secretary Teodoro Locsin Jr. is on his way to the Kingdom of Morocco for a five-day official visit to sign agreements with the North African country, said the Department of Foreign Affairs (DFA) on Monday.

According to the DFA, Locsin, who was invited to visit Morocco by Foreign Minister Nasser Bourita from March 15 to 19, is anticipated to sign the following agreements with his Moroccan counterpart: the Philippines-Morocco Air Services Agreement, the Memorandum of Understanding between the Foreign Service Institute and the Moroccan Academy for Diplomatic Studies, and the Memorandum of Understanding on Political Consultations.

Apart from these deals, a Cooperation Agreement between the Philippine News Agency and Maghreb Arabe Presse will also be signed during the meeting, said the DFA.

Apart from the agreements, the DFA said Locsin will also hold a bilateral meeting with Bourita to discuss ways to deepen the Philippines-Morocco relationship.

“Secretary Locsin will hold a bilateral meeting with Foreign Minister Bourita to discuss the strengthening of the cordial ties between the Philippines and Morocco in the spirit of mutual respect and through enhanced functional cooperation,” said DFA in its statement.

“Both Ministers will also discuss ways to advance the common interests of the two countries in various areas of cooperation,” it added.

In 2019, the Philippines and Morocco also signed a memorandum of understanding granting full third and fourth freedom traffic rights for both passenger and cargo, as well as an air services agreement that opened direct flights between the two countries.