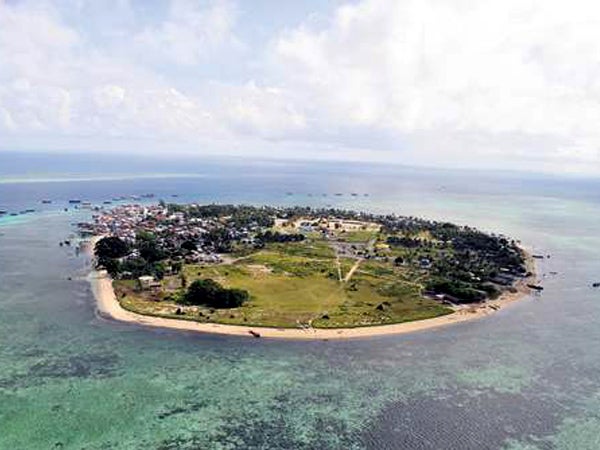 FILE PHOTO: Mangsee is a 23-hectare islet in the Sulu Sea that’s part of Balabac, Palawan. – The Department of Foreign Affairs (DFA) on Monday summoned China’s ambassador to the country following the illegal intrusion and presence of a Chinese vessel within the Philippines’ maritime territory in the Sulu Sea. CONTRIBUTED PHOTO

MANILA, Philippines — The Department of Foreign Affairs (DFA) on Monday summoned China’s ambassador to the country following the illegal intrusion and presence of a Chinese vessel within the Philippines’ maritime territory in the Sulu Sea.

The DFA said that Chinese Ambassador Huang Xilian was summoned on Monday morning through Acting Undersecretary Ma. Theresa Lazaro over the People’s Liberation Army–Navy’s (PLAN’s) illegal incursion in the Sulu Sea located in the southwestern area of the Philippines.

Lazaro demanded that “China respects Philippine territory and maritime jurisdiction, and to comply with its obligations under international law, particularly UNCLOS (United Nations Convention on the Law of the Sea) and direct its vessels to desist from entering Philippine waters uninvited and without permission,” according to a statement from the DFA.

It said the incident happened last January 29 to February 1.

“The Philippines recognizes the right of innocent passage in accordance with Article 52 of the 1982 UNCLOS,” the DFA said.

“However, the actions of PLAN 792 did not constitute innocent passage and violated Philippine sovereignty,” it added.