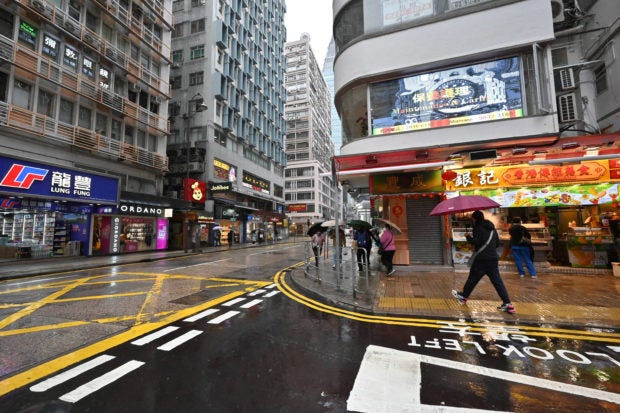 MANILA, Philippines — The COVID-19 case count among Filipinos in Hong Kong has increased to 290 since a sharp rise in infections was reported early last month.

Most of the confirmed cases are currently in isolation centers and have received medical attention, according to Tejada.

(Hong Kong was able to catch up with the needs of its people…because in the past two weeks, they struggled but now there are  more community isolation centers.)

Further, Tejada said Hong Kong employers were reminded that they should shoulder the medical treatment of their employees in case they get sick.

Some overseas Filipino workers (OFWs) in Hong Kong who tested positive for COVID-19 earlier said they were fired by their employers while some were forced to stay in parks after being allegedly denied admission to hospitals for having terminated contracts and no employment visa.

Tejada likewise bared that many OFWs who contracted COVID-19 in Hong Kong prefer to continue working there.

“Sa ngayon po, yung mga tinamaan [ng COVID-19], nandito pa po sila. Hindi sila willing umuwi [As of now, those who got COVID-19 are still here, they are not willing to go home],” he added.

He noted that Filipinos returning to the Philippines have either already completed their contracts or can no longer find jobs in Hong Kong.

While Hong Kong is still open for overseas workers, flights from several countries, including the Philippines, is not yet allowed, Tejada pointed out.

(They will have an assessment on April 20 if they will open up. It’s long been closed because Hong Kong chose to close and that’s why we have many Filipinos who got stuck in Manil,a but we continue to talk with them to open up their borders.)

“I’m very optimistic that by April 20 magkakaroon po ng pagbabago [there will be some changes],” he added.

Aside from the Philippines, Hong Kong also closed its borders to passengers from Canada and the United States, as well as other countries with high COVID-19 infections.

“Ngunit sinasabi ko sa kanila na bumaba na po ang kaso sa Pilipinas kaya kailangan na po ng assessment [But I told them that cases in the Philippines have been decreasing that’s why there needs to be an assessment],” Tejada said.