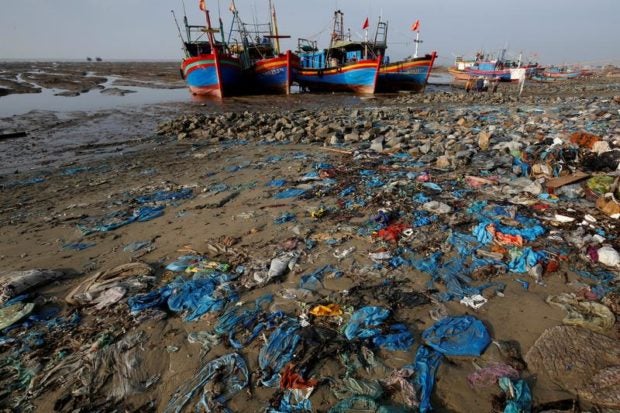 HANOI — In Southeast Asia, where marine plastic pollution has become a serious problem, incineration facilities for plastic garbage are being constructed with Japan’s assistance.

By establishing incineration as a way to deal with plastic waste in the region, it is hoped the amount of plastic garbage stored in the open air will be reduced, and that the environment will be improved as a result.

READ: The benefits of incineration

In Vietnam, the construction of a waste-burning, power-generating facility is scheduled to start in January in Bac Ninh Province in the north of the country. It will be the largest of its kind in the country. Vietnam aims to complete construction by January 2024.

JFE Engineering Corp., a leading engineering company for building plants and similar facilities, will design and construct the facility, which will use incineration technology to burn both household garbage and industrial waste efficiently and simultaneously. It will also assume operation of the plant following its completion. The Japanese government will bear part of the construction cost.

As this technology is highly rated around the world, JFE Engineering has taken on the construction of similar facilities in such countries as Britain and Germany.

Electricity will also be generated by harnessing the heat produced by burning waste.

In Vietnam, it is assumed that about 92,000 megawatt-hours will be generated annually by burning 500 tons of garbage every day. It is also planned to sell some of the electricity generated to the electric power public corporation.

China was once the world’s largest importer of plastic waste, but after it banned such imports at the end of 2017, countries in Southeast Asia have become alternative destinations. As a region, Southeast Asia has long been a mass consumer of single-use plastic products, such as plastic bottles and bags.

The plastic waste left untreated and stored in the open air has ended up in the sea and then been unwittingly consumed by marine organisms such as fish, thereby harming them. Such incidents have been widely reported, such that plastic pollution has become a social issue.

According to an estimate made in 2010 by a group of U.S. scientists and released in 2015, five Southeast Asian countries, including Vietnam and Indonesia, accounted for nearly 30% of all plastic waste produced worldwide. Plastic waste produced in the region has since risen even further.

Japan has been striving to offer policy assistance on waste treatment to Southeast Asian countries over about 10 years. Placing importance on dealing with plastic waste, Japan assisted in the construction of a waste-burning, power-generating facility in Yangon, the biggest city in Myanmar, helping it start operation in 2017.

Following the ongoing assistance to Vietnam, moves toward a similar plant are also underway in Indonesia. An official in charge at the Environment Ministry said: “In Southeast Asia, the amount of waste to be treated will rise in line with economic growth and an increase in population. We would like to contribute to these countries with Japan’s technology.”