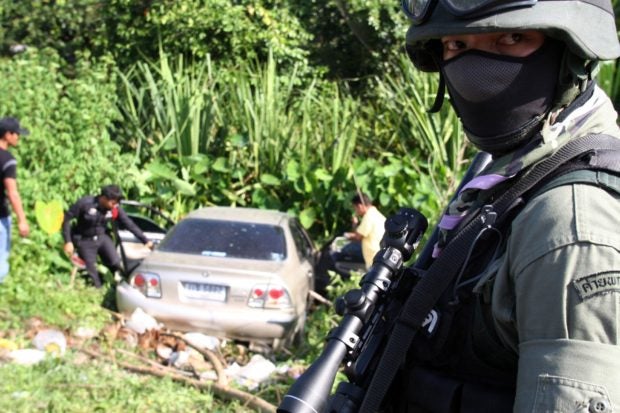 KUALA LUMPUR — Rebels from southern Thailand and the Thai government will meet here this month as part of the continuing peace talks, which have been disrupted by the Covid-19 pandemic.

After two years of virtual negotiations between both sides, the face-to-face meeting will finally take place.

The separatists are from the powerful Barisan Revolusi Nasional (BRN), a heavily armed group operating in four provinces, namely Pattani, Yala, Narathiwat and Songkhla, which make up Thailand’s Deep South.

The population in these provinces near the Malaysian border is predominantly Muslim Malays.

The facilitator for the talks is former Inspector-General of Police Tan Sri Rahim Noor, who represents the Malaysian government.

He confirmed that the latest meeting would be held soon but said no date has been fixed yet.

“It is scheduled to be held in the middle of January, but the date has not been finalized,” he told The Star.

Rahim said the meetings had progressed “very well’’ but declined to provide details.

The negotiations involved representatives of the Thai government with chief negotiator Gen Wanlop Rugsanaoh and the BRN.

The relentless cycle of violence in southern Thailand began in 2004 and has claimed at least 7,000 lives to date.In May 2021, Thai security forces were reportedly in a three-hour standoff with two separatist insurgents in a small remote village in Yala, southern Thailand.

The United States Institute of Peace (Usip) reported that “as they stood their ground, the two combatants made video calls to family and friends to bid farewell”.

The previous peace talks between the BRN and Thailand were held in Kuala Lumpur in January and early March 2020, which provided hope for ending the violence in southern Thailand.

The BRN delegation was led by the bespectacled Anas Abdulrahman @ Hipni Mareh, a high-ranking official said to be foreign educated and a former schoolteacher.

The BRN is also known as the Barisan Revolusi Nasional Melayu Patani.

Previously, Wanlop had reportedly said he had personally been in the field to listen to suggestions and feedback from the grassroots, including stakeholders, non-governmental organizations and civil society organizations.

He said Thailand was committed to finding a peaceful and lasting solution to end the decades of conflict in the troubled southern province.

Nikkei Asia quoted seasoned observers saying the interactions have so far been confidence-building measures “but are an encouraging sign that there will be progress to a more decisive stage addressing concrete measures”.

It quoted Rungrawee Chalermsripinyorat, a lecturer at the Songkla University in Pattani province, saying the BRN submitted a document to the Thai government in mid-2021.

It included three demands: a political solution that meets the aspirations of Muslim Malays in the south, a reduction in military operations and “the idea of inclusivity; and to involve civil society representatives, religious and political figures, and community leaders in the peace dialogue”.