US Navy warship makes port call in PH, first since 2019 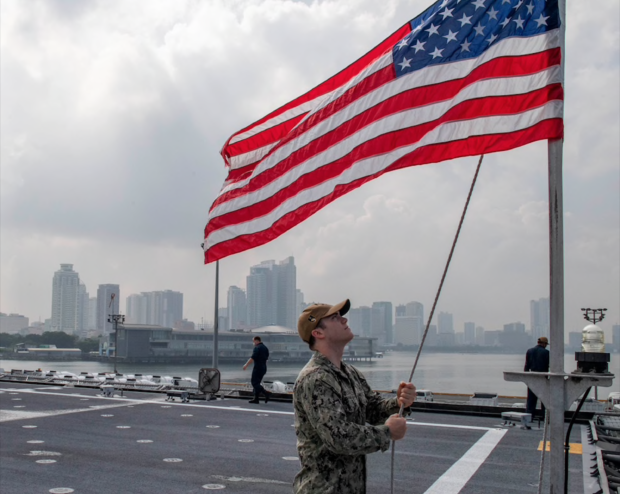 MANILA, Philippines—A US Navy warship recently visited the Philippines for the first time since 2019 for a routine port visit.

The combat ship USS Charleston (LCS 18) arrived in the Philippines last Aug. 16. The visit came a few weeks after US Secretary of Defense Lloyd Austin visited Manila as part of his Southeast Asia tour, and after President Rodrigo Duterte reversed his threat to end the Visiting Forces Agreement (VFA).

The VFA allows US troops to operate in the Philippines for joint drills and humanitarian missions.

The US 7th Fleet said the visit was contactless as part of COVID-19 protocol. The crew of the ship did not disembark.

“Our US Navy ships’ presence at sea and in ports like Manila promote security and stability that drives the peace and prosperity for the benefit of regional countries,” said Vice Admiral Karl Thomas, commander of US 7th Fleet.

“We appreciate the flexibility to resupply our ships in the Philippines, so that they are ready to support a free and open Indo-Pacific region,” he added.

The fleet said the visit highlights the strong alliance, military relationship and renewed engagements between the Philippines and the United States.

The presence of American troops in the Philippines, as well as other defense agreements, are dependent on the VFA. The US presence in the region has been viewed as a deterrent to China, which aggressively claims almost the entire South China Sea.

After Duterte threats, VFA back