Senate thanks US for return of Balangiga Bells 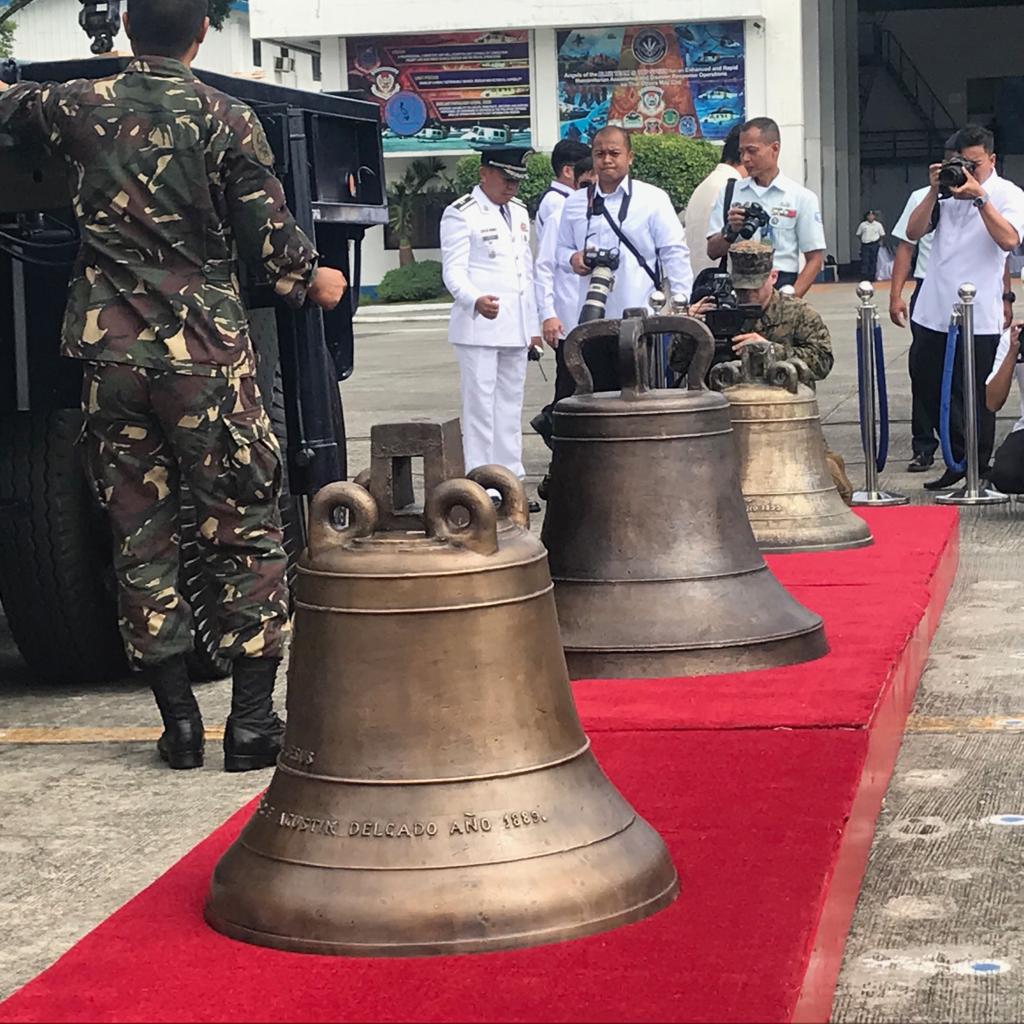 In this file photo taken in December 2018, the bells are laid down on a red carpet after being flown into the country by a US C-130 cargo plane. Ceremonies are held at the military air base before the bells will be transported back to its usual home in Balangiga town, Samar. INQUIRER.net file photo / Noy Morcoso

MANILA, Philippines — The Senate expressed its gratitude to the United States for the return of the Balangiga Bells after more than a century since the American soldiers took the three bells from Balangiga town in Eastern Samar.

The chamber adopted Senate Resolution No. 653, which expresses the Senate’s profound gratitude to the U.S. “for the return of the Balangiga bells, and recognizes the gargantuan efforts of those who facilitated its return.”

“[T]he Balangiga bells are of historical and cultural significance not just to the people of Balangiga but to the country as well, with one having been used to signal the surprise attack that handed the Americans one of its biggest defeats at the time, and serving as a memento of Filipino courage and of our indomitable spirit,” the resolution read.

“[O]ver the decades the country has made efforts for the return of the Balangiga bells to its rightful place and rectify the wrong that has been done to the country,” it added.

On December 11, 2018, the bells of Balangiga returned to the Philippines 117 years after they were taken by American soldiers as war trophies in 1901 during the Philippine-American War.

The three retired Navy officers, the resolution noted, “led the Initiative and provided the Department of Defense, Veterans Service Organizations (VSOs) and the Congress of the United States accurate information on the law and history related to the bells’ presence in Wyoming and South Korea.”

“[T]he US-Philippine Society…also played a key role in the return of the bells by sponsoring the SQB LLC pro-bono engagement, advocating for return within the US Administration and Congress, engaging additional firms to lobby Congress and the administration, arranging the refurbishment and transportation of the Bells, and providing duplicate Bells to honor the 9th Infantry Regiment,” according to the resolution.