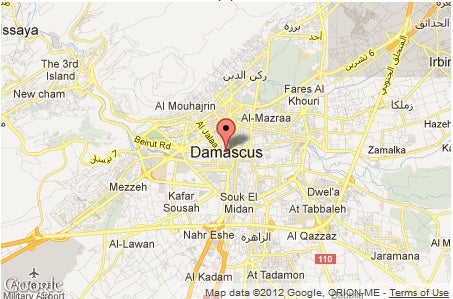 MANILA, Philippines — A Filipino minor who was a human trafficking victim alleged that a Filipino staffer from the Philippine Embassy in Syria harassed her with sexual comments when she stayed in a shelter there.

Lenlen, not her real name, said she was only 14 years old when she was trafficked to Syria in 2018.

After facing abuse from her employer, she was rescued by the embassy and brought her to the shelter.

However, her ordeal continued when an embassy personnel, who she said was among those handling the documents for Assistance to Nationals (ATN) cases, allegedly made sexual comments to her despite knowing that she was still a minor.

“Kinwentuhan po ako. Halimbawa po yung paano mo mako-control yung sarili mo about sa pag-sex at about sa relasyon bago kayo magtagal po,” she said in an interview with one of Senator Risa Hontiveros’ staff. Lenlen then detailed the sexually-charged remarks made by the embassy personnel.

(I was narrated with a story. For example on how to control yourself regarding sex and relation, on how to last.)

The interview’s audio was presented during a hearing of the Senate committee on women.

She said she raised this issue with the embassy leadership at the time but her concern was supposedly brushed off.

(I wrote a letter about it, then I was told to go to the ambassador, then it appeared as if I it was my fault.)

Lenlen further said that when she was brought home to the Philippines, she was even asked to apologize to her alleged harasser to prevent any conflict in the embassy.

(So that there won’t be any trouble in the embassy and if I pity them if ever they lose their job.)

Philippine Embassy in Syria Chargè d’Affaires  Vida Soraya Verzosa told the committee that the personnel Lenlen mentioned was among the personnel recalled by Foreign Affairs Secretary Teodoro Locsin Jr. in January this year.

However, it was not clear if the recall was due to the alleged verbal sexual harassment experienced by Lenlen.

(Rest assured that these kinds of reports are closely being studied.)

(Part of empowering our administrative justice system in the DFA is to give each camp due process so we can understand the details.)

Verzosa, who was assigned to head the country’s foreign post in Syria last January, said the embassy has instituted child protection policy.

Read Next
Locsin says sorry to Chinese envoy over expletives; Palace says to leave swearing to Duterte
EDITORS' PICK
Marian Rivera partners with JC to boost public health awareness
Ang init! Dagupan sizzles at 52°C
Tired of your Wi-Fi signal problems at home? Here’s a solution!
Time to hurry up immunization before vaccines expire – Bayan Muna
Get a chance to win 5G smartphones with Smart Signature Plans
Esperon: ‘The master red-tagger is no other than Jose Maria Sison’
MOST READ
Sharon Cuneta flies to LA to take some time off: ‘I need to breathe, collect myself’
PDP-Laban exec insists Pacquiao didn’t criticize Duterte on West PH Sea issue
Mocking PH protests, China keeps 287 vessels in West Philippine Sea
Pangilinan: Is Roque getting his salary from China?
Don't miss out on the latest news and information.