MANILA, Philippines — The Philippine Embassy in Syria is looking to combat the trafficking of Filipino workers by helping victims bring their complaints to court in a bid to secure convictions against traffickers.

In an interview with INQside Look, Chargé d’ affaires Vida Soraya Verzosa said one problem she encountered upon her designation to Syria was that the prosecution aspect of addressing human trafficking cases are “not pursued more aggressively.”

“The prosecution pillar is something that we need to work on to really send a message to the traffickers that they will get prosecuted, convicted, they will get a life imprisonment conviction penalty,” she told INQUIRER.net

The prosecution aspect is among the four pillars of human trafficking, together wth the the prevention, the protection, and the partnership pillars.

“When we were doing our research on anti-trafficking policies, a lot of the time, some agencies focus on the protection aspect, like running the shelter, or the prevention aspect, like raising awareness,” Verzosa said. 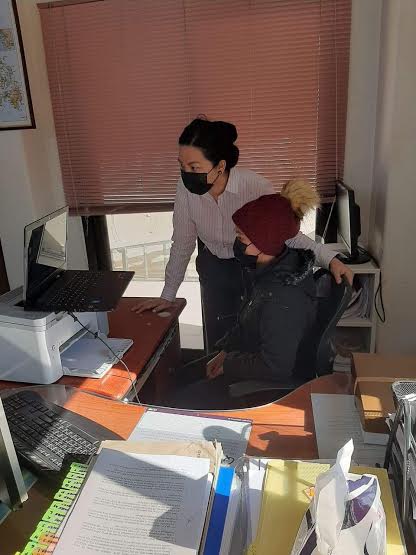 According to her, the embassy has started preparing the complaint affidavits of Filipino trafficking victims staying in the embassy shelter by conducting interviews with them and connecting them with lawyers from the Philippine Overseas Employment  Administration and the Inter-Agency Council Against Trafficking (IACAT) under the Department of Justice.

“So we have POEA lawyers working with us. We have the IACAT lawyers partnering with us as well as the students from Ateneo de Naga College of Law,” she said.

“We really have a lot of people stepping up and really providing free legal assistance to the wards. Whereas before, they were just focused on repatriation and just being back home in the Philippines,” she added.

“I thought that it would be best to look at the policy from the prosecution perspective and at the same time do a trauma-informed care approach by really addressing the level of trauma that they experience,” Verzosa further said.

Verzosa advised Filipino workers who have fallen victim to trafficking to come forward and reach out to the embassy, which stands ready to provide free legal assistance.

“Even for those who are still with their employers who want to report cases of human trafficking, then I also want to encourage them to come forward, we will provide free legal assistance to all of you who want to draft your affidavits and want to get them notarized by the embassy,” she said.

She said the embassy is “very serious about prosecuting cases of human trafficking here, not just in the Philippines but also here in the Syrian Arab Republic.”

“We hired a Syrian retainer lawyer to really go to the human trafficking department and file all the complaint affidavits,” she added.

Further, she said that the embassy’s approach is “very different” from the previous leadership “in terms of really providing access to justice and legal empowerment to all those who need it.”

A memorandum of understanding (MOU) between the Philippine and Syria to combat human trafficking is also “moving forward,” Verzisa told INQUIRER.net.

According to her, the MOU is currently under review by the Department of Foreign Affairs.

“But the Syrian government has recently given me their most recent draft, they really have 100 percent buy-in on this MOU,” she added.

Among the key features under the MOU involve the information dissemination between the Syrian and Filipino law enforcement authorities, according to Verzosa.

The MOU also seeks to provide ways for the testimony of victims to be taken, Verzosa noted.

“I’ve been proposing also with my counterparts in the Syrian government that we can explore video conferencing hearings in the same way that we’re doing in the Philippines. Here in Syria, it’s a new concept for them to try online hearings and video conferencing,” she added.

She said the Philippine side is aiming to include other features under the MOU to enable the provision of “early information” between authorities of the two countries.

“We’re trying to also include that in the MOU other measures to really provide early  information on the location of these criminal syndicates, where they can be found, the entry points, and really working with diplomatic channels in both Syria in the Philippines to ensure that the cases are not just filed, but be winnable. That we would actually eventually secure a conviction for these cases,” she said.

“I’m really pleased that we are moving forward with the negotiations on the Memorandum of Understanding and I’m really hoping that while I’m still assigned here in Syria, we would really sign it and make it happen,” added Verzosa, whose tour of duty to Syria will last until May 2023.