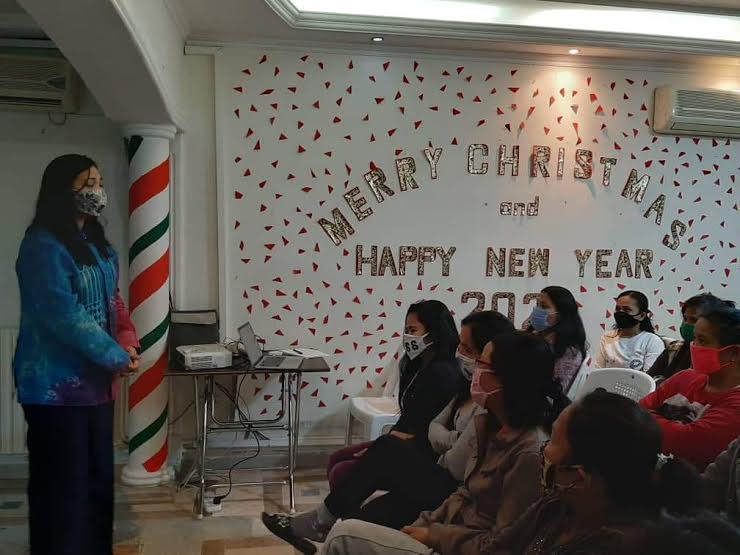 MANILA, Philippines — There had been previous instances where some Filipino workers staying at the Philippine Embassy shelter in Damascus were “re-trafficked” to their employers allegedly with the help of several embassy personnel, the country’s new top diplomat in Syria said.

“There were some of them who were part of allegations of human trafficking here,” Chargé d’ affaires Vida Soraya Verzosa said in an interview on INQside Look when asked about the reason behind the recall of some embassy personnel.

“When I was able to investigate and really secure the services of our Syrian retainer lawyer, we were able to get documents filed before the Syrian prosecutor’s office over issues involving some of the organic personnel of the post as well as some of the local hires, who are allegedly involved,” she added.

According to Verzosa, she recommended that a fact-finding investigation on the allegations be conducted first.

The Department of Foreign Affairs then reached a decision to recall the involved embassy personnel due to the “urgency of the situation.”

“My recommendation was really to conduct a fact-finding investigation, first and foremost. However, the department decided that due to the urgency of the situation, the recall, is a more judicious solution to this issue,” she said.

Asked to expound on the alleged involvement of some embassy staff in trafficking Filipino workers staying in the embassy shelter, Verzosa told INQUIRER.net that some of the wards were “being re-trafficked” or returned to their employers in exchange for a “sum of money.”

“For example, the Syrian local hire, they were saying—when I had meetings with the ministry—that some of the embassy personnel were working with the illegal recruiters. That they were actually inducing the girls to leave their employers [and] go to the embassy shelter,” she said.

“When I did my own investigation and when I found the documents related to the complaints in the Syrian courts, I really had to take swift actions. I will not tolerate those kinds of illegal practices here in the embassy,” she further said.

Verzosa, who first arrived in Syria in December last year, said she initially thought she would be working under the embassy’s previous leadership.

“I was really assigned here to basically clean up the embassy. So that’s really my marching order,” she said.

But after allegations that the Filipinos staying in the embassy shelter were treated poorly came to light in January, she said she was informed that she would be heading the country’s post in Syria.

Verzosa told INQUIRER.net that “it was total chaos” when she first arrived in the embassy.

“If I may be very honest about the situation…when I first arrived, it was total chaos. Not so much with regard to the treatment of the wards at the embassy shelter but the way that the former Assistance to Nationals team was not able to repatriate the girls due to so many situations, so not only was it because of the problems within the embassy but also with the way that we deal with the immigration officials,” she said.

Nevertheless, she said she had really wanted to “take on the challenge of changing the situation” despite it being “very difficult” at first.

“It was very difficult for me to arrive here but at the same time I really want to take on the challenge of changing the situation, uplifting the image of the embassy here and working with the remaining staff who were excellent in what they were doing and who are not a part of the internal conflicts that we’re having at the embassy when I first arrived,” she said.

Meanwhile, she said that allegations of maltreatment in the embassy shelter were “not true,” based on the conversations she had with the Filipinos staying there.

“When I saw the wards, there was a huge clamor for them to go home but I also saw that the allegations of maltreatment were really not true,” Verzosa said.

According to Verzosa, she called for a meeting with the housemother of the shelter as well as the former ATN team to investigate the allegations of maltreatment.

“I also issued memoranda to explain for all of them to really elaborate why there were these complaints and later on, when I interviewed the wards themselves they issued retraction statements,” she added.

Currently, there are 21 Filipino workers staying in the embassy shelter and a dependent child who is the son of one of the wards, Verzosa noted.

“When I made my own assessment and investigation of the situation of the wards, they saw that with the change in leadership, with the replacement of the former embassy personnel and the sending of the five-member augmentation team, the department was very serious about addressing these allegations,” she added.

WPS will be key issue in 2022 elections – Biazon