Police, communities across US fight back vs anti-Asian hate crimes 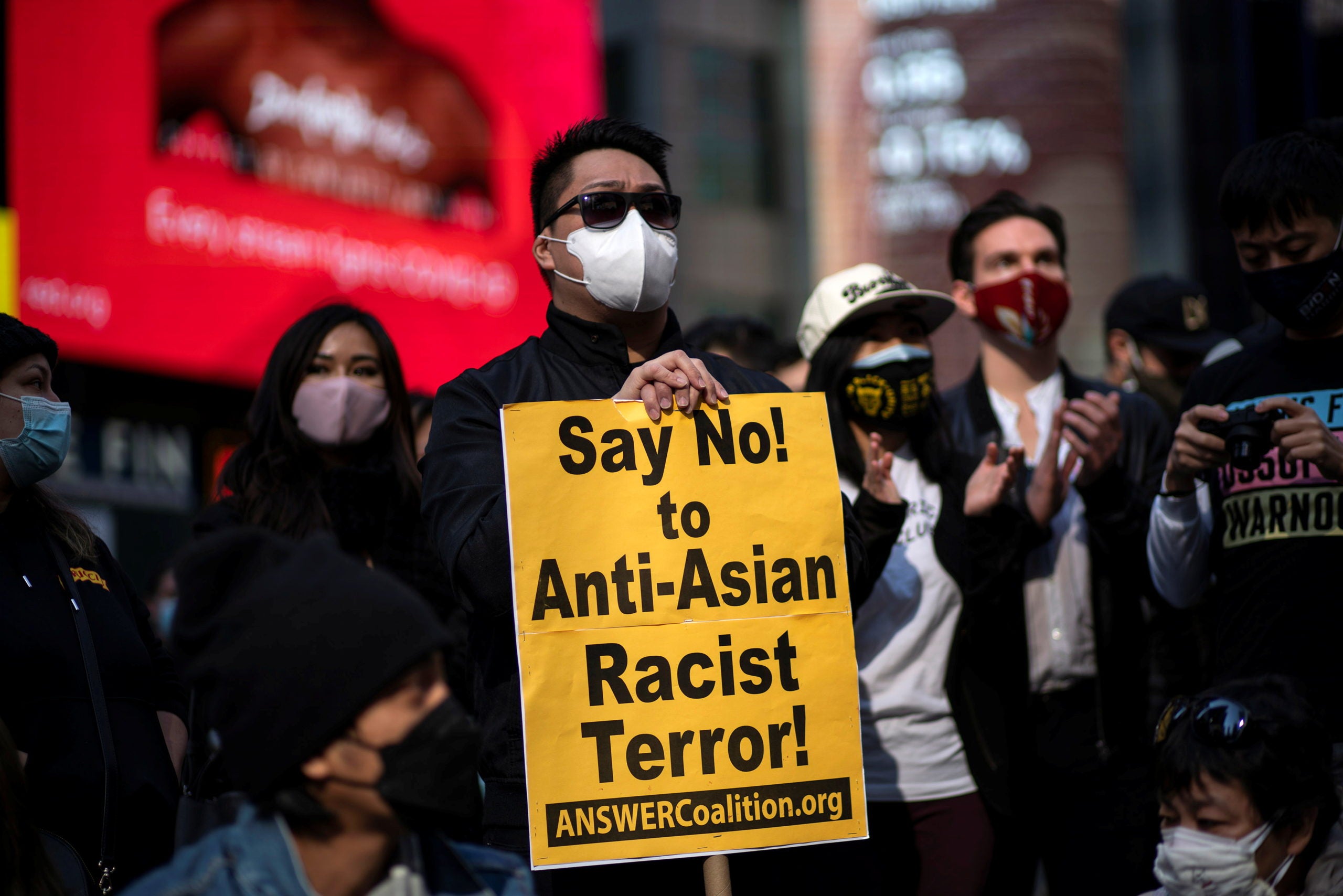 SAN JOSE, California — More than a dozen San Jose, California, police officers walked through the white arches of the Grand Century Mall in “Little Saigon” to reassure a Vietnamese-American community fearful over the rise in anti-Asian hate crimes in the United States.

The officers walked through the arcade of hair and nail salons, restaurants serving Vietnamese cuisine, and herbal medicine shops on Saturday, talking to business owners and patrons. They then conducted a similar tour of San Jose’s Japantown, where a citizen patrol group was formed following the deadly attacks on Asian spas in the Atlanta area on March 16.

“We know that there is a lot of angst, fear with our Asian community,” said San Jose’s police chief, Anthony Mata, during his visit to Little Saigon. “It’s important for us to have that dialogue, engage with them and see how we can help.”

Across the United States, law enforcement agencies are scrambling to better protect Asian communities amid a wave of violence targeting them since lockdowns to cope with the coronavirus pandemic began about a year ago. A recent report by the Center for the Study of Hate and Extremism at California State University, San Bernardino, showed that while hate crimes overall in the United States had fallen slightly in 2020, crimes against Asian Americans and Pacific Islanders (AAPI) had jumped by 145%.

A vicious assault last week in which a man kicked a 65-year-old immigrant from the Philippines in New York City multiple times was captured on video and went viral, further stoking fears about anti-Asian hate crimes.

New York City has deployed a team of undercover Asian police officers. Other major cities, from San Jose to Chicago, have boosted patrols in Asian neighborhoods and sought to forge closer ties with communities, some of which have sought to fill gaps the police can’t fill.

Leanna Louie, who has organized residents to patrol San Francisco’s Chinatown, said the city’s police force of about 2,000 doesn’t have the resources. “It’s impossible,” she said.

Paul Luu, chief executive officer of the Chinese American Service League, welcomed the “revved up” police presence in Chicago’s Chinatown, which he said built on an already supportive relationship that includes Chinese-speaking officers on the beat. His group is focused on educating the community on hate crimes and encouraging victims, many reluctant due to language barriers or wariness of the police, to come forward.

Luu pointed to a recent attack on a 60-year-old Vietnamese immigrant on the North Side of Chicago who was initially reluctant to file a report. Official data shows Chicago recorded two anti-Asian hate crimes in 2020 — the same as 2019 — while such crimes spiked to 28 in New York last year from three in 2019.

“The numbers may be very low in Chicago, but it does not mean that it is not happening,” Luu said. 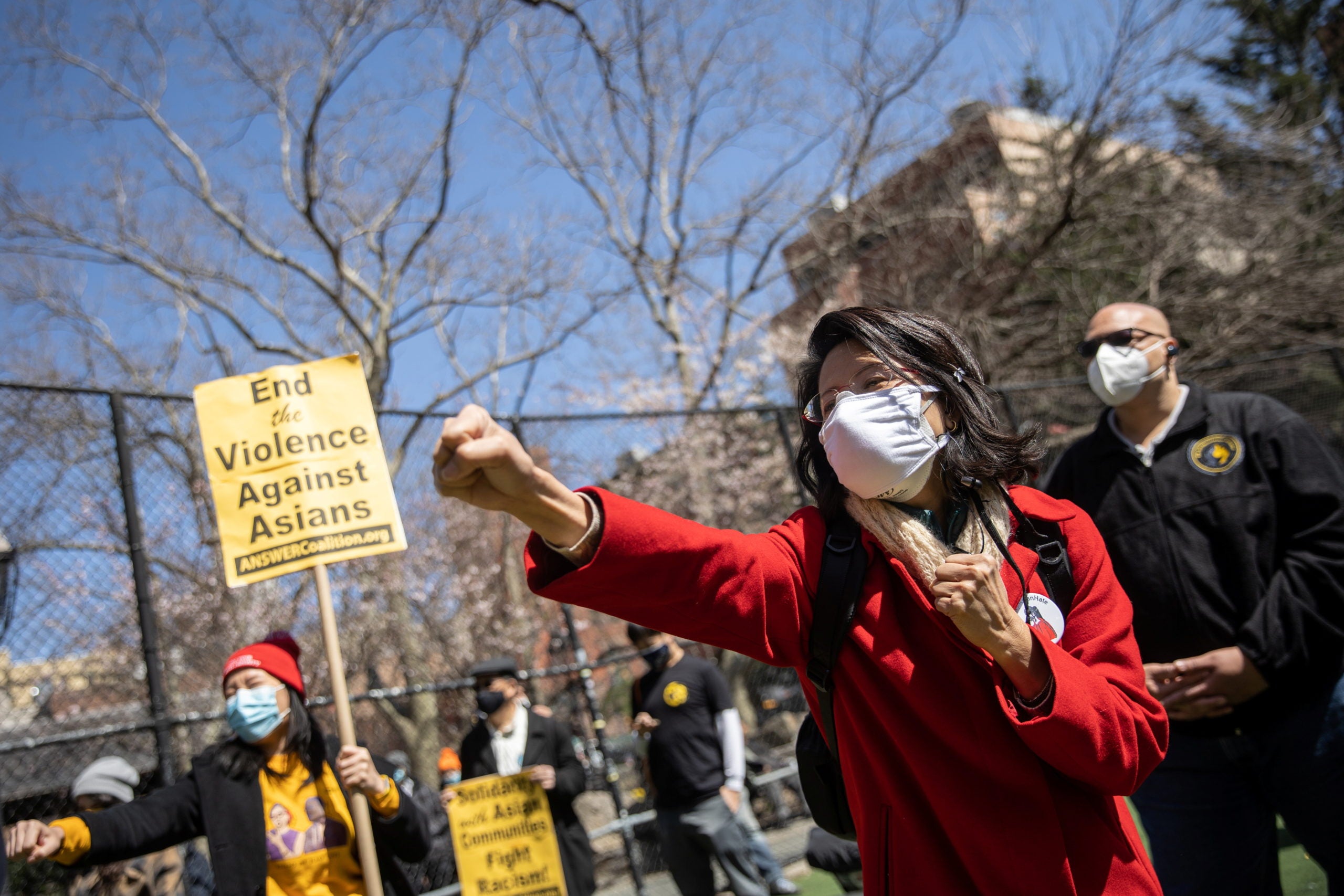 Not everyone believes more policing is the answer.

Grace Pai, director of organizing at the Chicago branch of Asian Americans Advancing Justice, said she is against a larger police presence, citing distrust of law enforcement.

Pai said the police response in the Atlanta area shootings, where an officer seemed to minimize the attack by saying the shooter had “a really bad day,” was emblematic of a broader police bias. Six of the eight killed were of Asian descent.

“Asian Americans have been negatively impacted by policing,” she said. “We really don’t see the police playing a role in stopping these crimes from occurring.”

Since the Atlanta shootings, the Los Angeles Police Department has increased patrols and police visibility where many people of Asian heritage live and work, especially in and around Chinatown, Koreatown, and Little Tokyo.

Blake Chow, who is the AAPI coordinator for the Los Angeles Police Department, said comments made by then-President Donald Trump blaming the pandemic on China and using remarks such as the “kung flu” have contributed to anti-Asian sentiment.

“We don’t have evidence of any hate group operating in LA that is focusing on the Asian, Pacific Islander community,” said Chow, a deputy police chief. “The rise is seen in individual acts and it seems driven by disinformation on COVID, some of it from the former president.”

Chow said the department is holding forums with the AAPI community to get feedback on what more the police should do, as well as to educate community members on how to report troubling encounters, even if they may not amount to a crime, such as when someone utters a racial slur.

“We want to document hate incidents, as they can be a forerunner to an actual hate crime. If we can document a pattern of conduct and track those, we can bring it to a judge for enhanced sentencing.”

The rise in attacks so alarmed retired San Jose police veteran Rich Saito that he added a patrol unit to a community group keeping watch over Japantown. Deluged by offers to help, Saito said he has trained 40 to 50 volunteers to walk the streets and document and report any suspicious activity.

“I’m very concerned about the safety of this community, especially the seniors,” said Saito, who escorted police chief Mata on a tour of the neighborhood on Saturday. “The police department does the best it can, but they can’t be here all the time, every day.”

Read Next
Philippines turns up heat on China over boats massing in West Philippine Sea
EDITORS' PICK
Smart three-peats as country’s fastest mobile network – Ookla
In good spirits: SMDC helps farmers and residents through Kadiwa Market
65% of Filipinos say Duterte’s health should be made public – SWS
DSWD chief admits ‘slow start’ in distribution of aid in ‘NCR Plus’
Pre-order the new vivo Y20s [G] to get a free TWS earphone
Would the military allow me to stay this long if I’m inutile? – Duterte
MOST READ
Vico Sotto frets getting photos of ‘butt vaccination’ from Pasig dwellers
Metro Manila to have shortened curfew hours from 8 p.m. to 5 a.m. under MECQ
San Miguel Corp. continues to invest heavily in the Philippines’ future
COVID-hit Roque slams ‘un-Christian’ query on how fast he secured hospital bed
Don't miss out on the latest news and information.