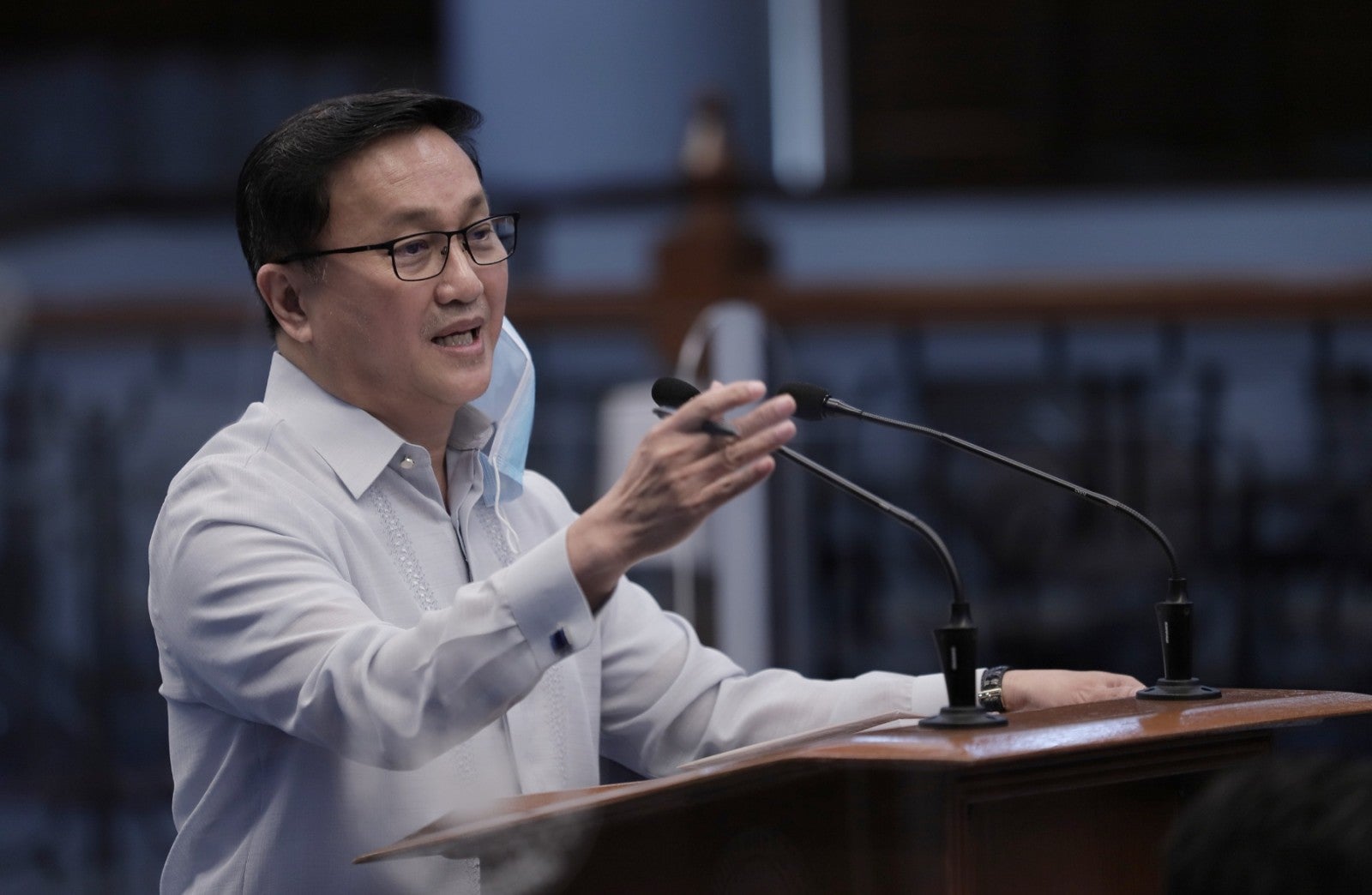 “Our fisheries have been taken from us. Our people have been deprived of their livelihood, and I think China owes us an explanation as to what its true intentions are,” Senator Richard Gordon during the plenary session.

“Whether they’re really a peaceful and friendly neighbor—as I’ve always thought they were—or they change their suit or their coat into a coat of armor that can be more aggressive and more dangerous to all kinds of folks traversing that route,” he added.

The law passed by China allows the Chinese Coast Guard to “take all necessary measures, including the use of weapons when national sovereignty, sovereign rights, and jurisdiction are being illegally infringed upon by foreign organizations or individuals at sea.”

“This is a serious cause for concern,” the senator said.

“I hope we’re not looking at a country that has turned rogue, that has turned to be unilaterally aggressive in terms of making sure that they assert their claims in a violent manner,” he added.

The law would also allow personnel of the Chinese Coast Guard to “demolish” other countries’ structures built on China-claimed reefs and to board and inspect vessels in waters claimed by China.

“Here is gunboat diplomacy where the coast guard personnel will be permitted to board our boats. They’re just not satisfied with ramming our boats and then leaving them, now they are willing to inspect foreign ships,” Gordon went on.

He also warned of a possible “shooting war” if personnel of the Chinese Coast Guard demand that they inspect the vessels of other countries.

“Now, assuming it is not [a Philippine vessel] they’ll inspect, but if they start demanding that they inspect other vessels, this can precipitate tension and could even lead to a shooting war because Australian vessels, American vessels, UK vessels, French vessels, and other countries pass through these waters,” the senator said.

Gordon, who deemed the law as a “creeping threat that can escalate any time,” broached the idea of holding an executive session with concerned officials so that the Senate “can be guided accordingly.”

READ: DND pressed not to let China ‘stab us in the back’ on WPS claim amid ‘vaccine diplomacy’

“I understand the foreign minister of China just came by. I would like to know what they discussed with the President or the [Philippine Secretary of Foreign Affairs], if we are just going to turn the other cheek or just quietly accept what is,” Gordon also said.

He added that the executive session could also be a venue to determine proper appropriations so that the military can “come up with a credible capability” and to speed up the upgrade of submarines and land-based missiles “so that they cannot easily be destroyed.”

‘I worry for our fishermen’

Tolentine, for his part, said he worries for Filipino fishermen, who are possibly still not aware of this new legislation recently adopted by Beijing.

“I am bringing this to the attention of this august body because a lot of our fishermen are out there. Some of our fishermen, including those from Zambales, Mindoro, Palawan, Batangas, and Cavite, will go fishing not knowing the existence of this newly passed law by the National People’s Congress of China,” he said in a privilege speech.

He also noted that the said law further empowers the Chinese Coast Guard to “set up temporary exclusion zones.”

“These are lockdown zones as needed to stop other vessels and personnel from entering,” he said.

“I worry for our fishermen from Zambales, Cavite, Batangas, Mindoro, and the rest of the eastern seaborne, who will venture out into that coast,” he added.

Malacañang had earlier expressed hopes that no country resort to actions that will heighten tensions in the West Philippine Sea (WPS).