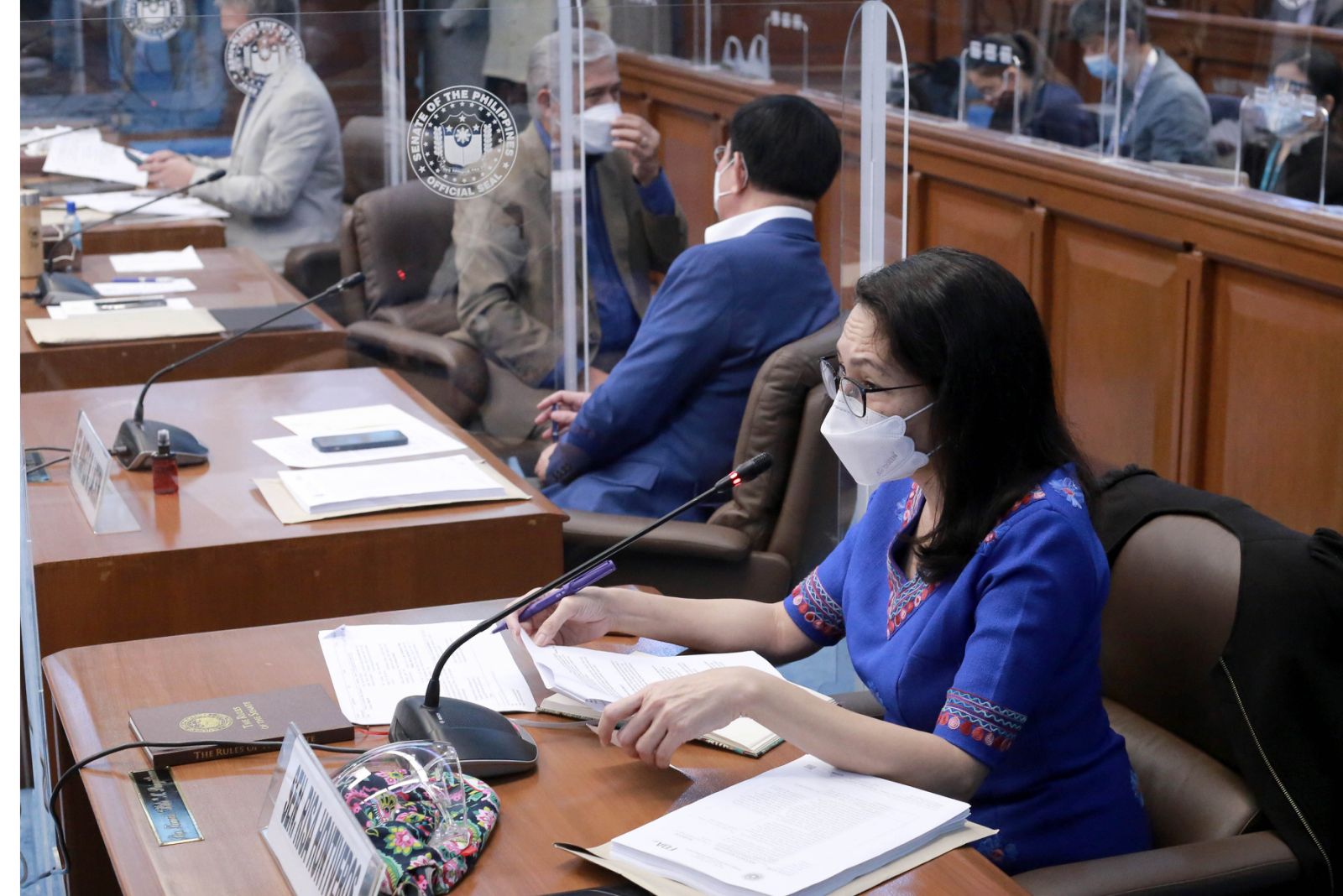 PROTECT NATIONAL INTERESTS AMID FOREIGN VACCINE DEALS: Sen. Risa Hontiveros during Friday’s Committee of the Whole hearing, January 22, 2021, stresses that national interests must not be affected by the ongoing efforts to procure COVID-19 vaccines from foreign sources. Hontiveros said that the country should not set aside its sovereignty and the welfare of its citizens – including its territorial claims in the West Philippine Sea – even as it acquires COVID-19 vaccines from China. National Task Force for COVID-19 (NTF) chief implementer Sec. Carlito Galvez agreed that the country should not compromise its stake in disputed maritime areas. (Alex Nueva España/Senate PRIB)

MANILA, Philippines — As the Philippine government procures Covid-19 vaccines from China, Senator Risa Hontiveros pressed defense authorities not to allow Beijing to “stab us in the back” on the South China Sea dispute.

“We must not allow China to shake our hand on vaccine procurement, but stab us in the back on the West Philippine Sea,” Hontiveros told reporters in an online press conference on Monday.

This comes on the heels of the reported passage of a law in China that would allow its coast guard to fire on foreign vessels on Chinese-claimed reefs in the event of threats.

(It’s not good that in the middle of the pandemic, they passed this kind of law, amid China’s promotion of their vaccine as a global public good, they are throwing away the remaining peace in the West Philippine Sea.)

(How can we ensure that the vaccines we are procuring from China and being donated by China will not be in exchange for something else?)

According to Hontiveros, the Department of National Defense (DND) should prepare a strategy amid the recent passage of China’s coast guard law.

“The DND already needs to have a strategy for when worse comes to worst…China should ease tensions in the WPS, not escalate them,” the senator said.

Furthermore, Hontiveros called on the government to ensure that the Philippines follows an independent foreign policy.

(There should be no special relationship with any country, especially with China now—may it be on the issue of the West Philippine Sea or the vaccine procurement.)

(Sec. Harry Roque has said that the Philippines and China are ‘BFFs’ that even the price of the vaccine has been brought down because of this ‘special relationship.’ They have prohibited fishermen to fish in our own waters, is that still considered as a ‘special relationship’? Is that how they treat their BFFs?)

She said the country’s national interest should be upheld and that it should be “beholden to any foreign power, whether in the West or in the East.”

In a Senate hearing last week, Hontiveros asked vaccine czar Sec. Carlito Galvez Jr. for assurance that the country’s national interest in the West Philippine Sea will not be compromised in the government’s procurement of Chinese vaccines.

Galvez, in response, assured the senator that the Philippines will not compromise its claim in the West Philippine Sea.