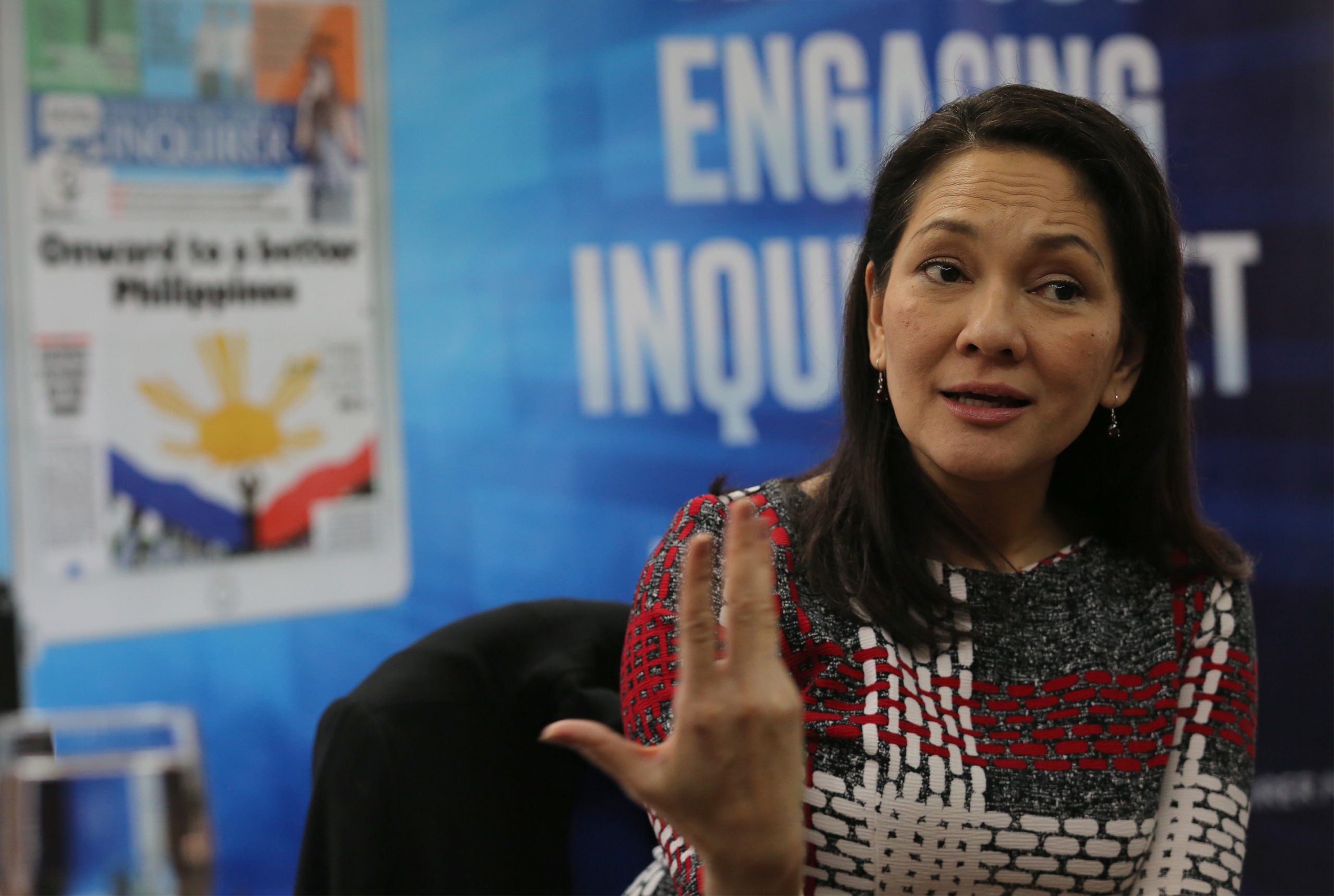 MANILA, Philippines — Senator Risa Hontiveros on Tuesday said the Department of National Defense (DND) should stop downplaying external threats in the West Philippines Sea, adding that she is skeptical of claims that it is still “stable and manageable.”

(Chinese threat to our security is no joke, the DND should not downplay this threat against the country and the Filipinos.)

(I highly doubt that the situation in the West Philippine Sea is ‘manageable.’ Is it manageable that fish and other resources in our seas could soon vanish? Can we consider manageable the loss of income among our fishermen? That our sovereignty is at risk?)

During a Senate budget hearing on Monday, Defense Secretary Delfin Lorenzana described as “stable as of the moment” and “manageable” the situation in the West Philippine Sea.

But Hontiveros said the the DND should reevaluate their national security threat assessment.

Hontiveros said internal threats should be largely addressed and managed by the Philippine National Police (PNP), which is under the Department of Interior and Local Government (DILG).

(If there’s a threat of insurgency, then we should capacitate the PNP, and the focus of the AFP should not be veered away from protecting our territory from Chinese aggression.)

“Our lifelong fight for economic and national security will be all for naught if we don’t take China’s adventurism in our territories seriously. Mas malaki silang kalaban, kaya dapat mas malaki din ang atensiyon na nilalaan sa kanila (They are the bigger enemy, that’s why we shoult put more focus on them),” she added.

Further, Hontiveros questioned why the Department of Budget and Management (DBM) only appropriated P5 billion out of the P13.2 billion that the AFP modernization program is entitled to receive from the Bases Conversion and Development Authority’s (BCDA) proceeds.

(Maybe the reason why internal threats are being prioritized is because we are lacking funds to address external threats.)

She said the country cannot afford a shortage in funding for the military’s modernization program,  especially during a time “when a regional and rising global superpower is unabashedly taking resources that are 100% ours.”