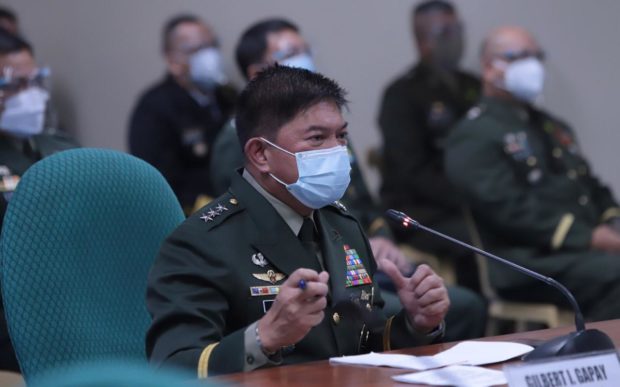 MANILA, Philippines—One of the air surveillance radars that the Philippines is acquiring from Japan would be deployed to Palawan to boost monitoring of the West Philippine Sea, Armed Forces chief Gen. Gilbert Gapay said on Tuesday (Oct. 13).

At an online forum hosted by the Foreign Correspondents Association of the Philippines, the AFP chief said one of the Japanese-made radars would be installed at the Matinloc gas platform “to beef up our monitoring capability in the West Philippine Sea.”

The Matinloc gas platform in northwest Palawan ceased operations last year and is being considered for conversion into a military observation post because of its strategic location.

He said Japan, which is highly advanced in technology, could also help “in developing our capabilities in cyber,” referring to cyber-defense and security.

“I think we could partner with Japan in this area,” Gapay said.