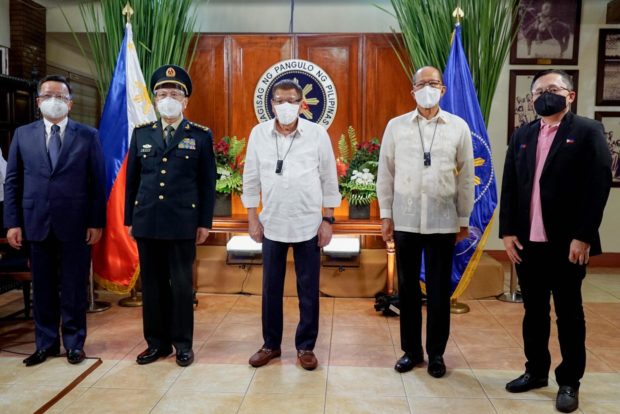 MANILA, Philippines — President Rodrigo Duterte on Friday underscored the importance of maintaining peace and stability in the disputed South China Sea during the courtesy call of Chinese Defense Minister Gen. Wei Fenghe to the chief executive.

“We must always be guided by our commitments in international law. Any and all disputes must be resolved peacefully in full accord with the UNCLOS and all relevant international instruments,” Duterte said, as quoted in a Palace statement.

The President also noted the importance of concluding an “effective and substantial” Code of Conduct over the disputed waters, saying it will be a “lasting legacy” of the Association of Southeast Asian Nations (ASEAN) and China.

Wei, for his part, thanked the President and “conveyed the importance with which President Xi Jinping and China accord relations with President Duterte and the Philippines.”

His visit to Manila is part of his tour in ASEAN countries like Indonesia, Malaysia and Brunei Darussalam.