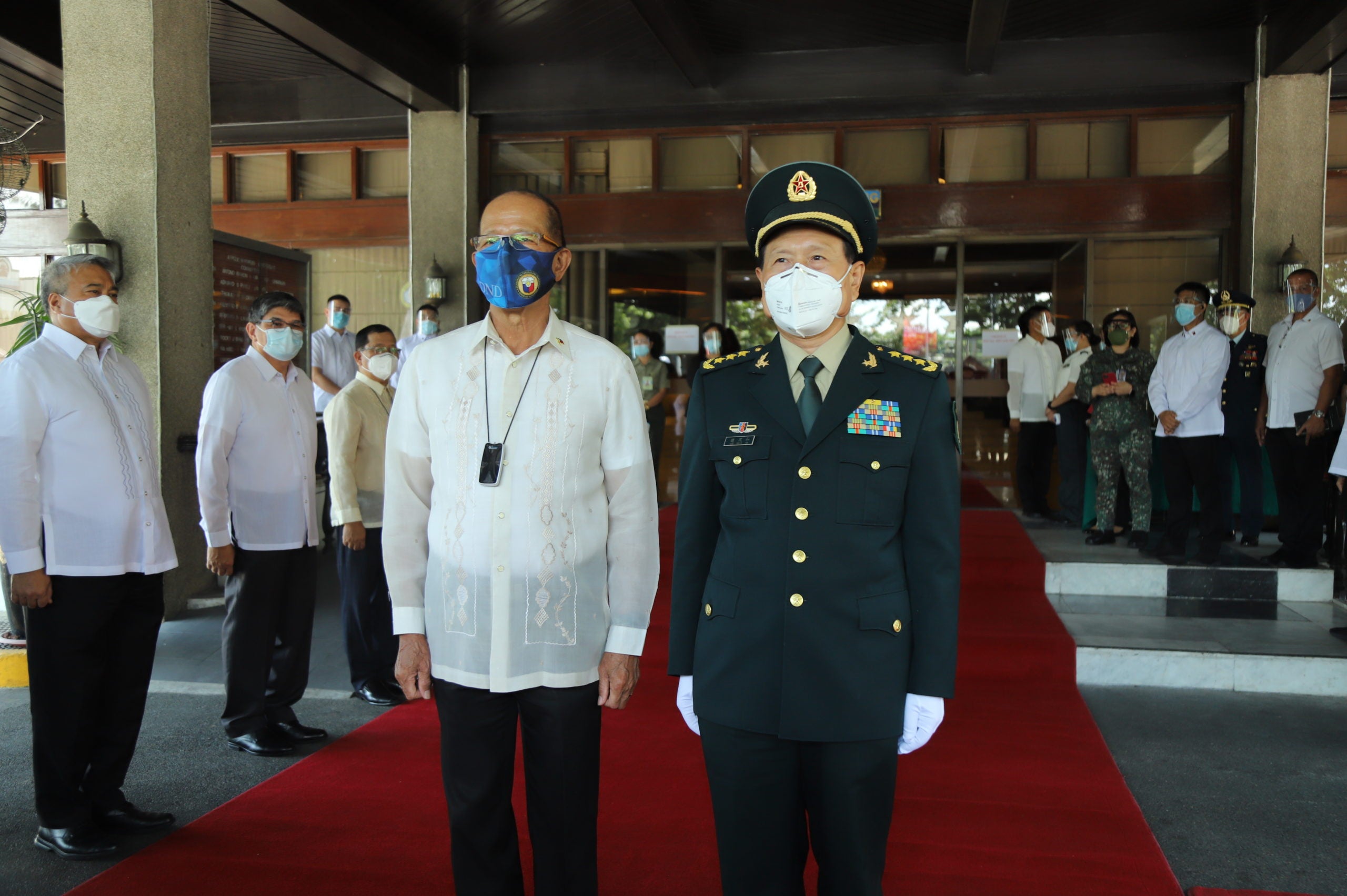 Chinese Defense Minister Wei Fenghe is in Manila as part of his tour around some Southeast Asian states. He met with Defense Secretary Delfin Lorenzana on Friday (Sept. 11) at Camp Aguinaldo to discuss several issues on defense relations. DND

MANILA, Philippines–The defense leaders of the Philippines and China have agreed to keep peace and stability in the South China Sea, the Department of National Defense said.

The two defense chiefs discussed how to avoid misunderstanding and resolve differences peacefully in disputed waters, the DND statement said.

The early conclusion of talks on the code of conduct in the South China Sea was also discussed.

An earlier statement from the DND, which was recalled a few minutes after its release, said Lorenzana brought up the 2016 arbitral ruling with Wei during the meeting. The ruling declared illegal and baseless the nine-dash claim of China to virtually the entire South China Sea.

The earlier DND statement said Lorenzana “reaffirmed the Philippines adherence to the award and its enforcement without any possibility of compromise or change.”

According to the recalled statement, Lorenzana said the Armed Forces of the Philippines will continue to “conduct routine, legitimate marine patrols in the West Philippine Sea and challenge any activities that infringe on Philippine sovereignty, sovereign rights and jurisdiction.”

Why the statement was recalled has not been explained.

China continued its incursions in the West Philippine Sea as the world grappled with the coronavirus outbreak, which started in the Chinese city of Wuhan.

In the same meeting, the Chinese government pledged P1 billion worth of donations for humanitarian assistance and disaster response equipment.

Wei’s Manila visit is part of his tour around some Southeast Asia states— Malaysia, Indonesia and Brunei.

His visit comes amid China’s continued aggression in the West Philippine Sea and renewed security worries in the Philippines over Chinese investments.