US reply to China war drill: We will maintain South China Sea presence 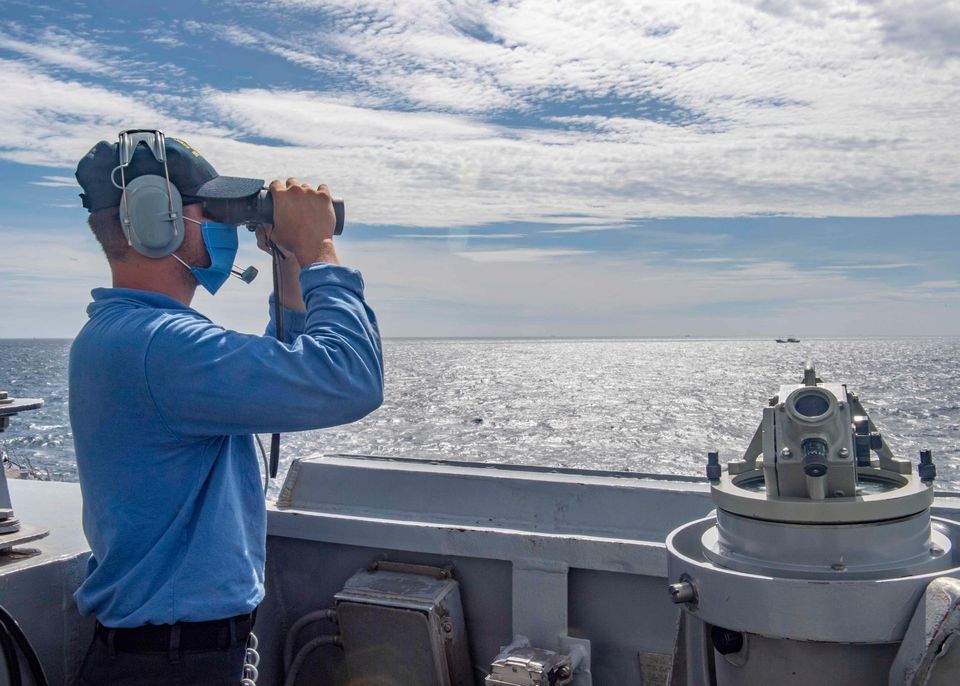 MANILA, Philippines–The United States will maintain its presence in the South China Sea despite ballistic missile tests by China in the area which appeared to be a warning to the US, an American military official said on Thursday (Aug. 27).

Vice Admiral Scott Conn, commander of the US Navy’s 3rd Fleet, said he was aware of reports that Beijing launched two missiles into the disputed South China Sea on Wednesday (Aug. 26) during its naval exercises in the area.

In a telephone briefing with reporters, Conn said the US Navy continues to “monitor exercises throughout the region” including those launched by the People’s Liberation Army (PLA) of China.

“Our naval forces remain ready to respond to any threats to our allies or partners throughout the region,” Conn said.

“In terms of launching of the ballistic missiles, the US Navy has 38 ships underway today in the Indo-Pacific region, including the South China Sea,” he said.

“We continue to fly and sail and operate anywhere international law allows to demonstrate our commitment to a free and open Indo-Pacific and reassure our allies and partners,” he added.

China has accused the US of sending a U-2 reconnaissance aircraft , one of the US’ most advanced surveillance planes, into a no-fly zone to spy on China’s live-fire exercises in the South China Sea. The U-2 flies at altitudes of up to 23,000 meters to aim its high-tech cameras on targets.

The US action, Wu said, “violated the rules of behavior for air and maritime safety between China and the United States as well as relevant international practices.”

Conn, who is also supervising the two-week Rim of the Pacific (Rimpac) exercise in waters off Hawaii, said he does not see the Rimpac and China’s South China Sea drills as “dueling exercises.”

“This Rimpac has been planned for the last two years, and they occur every two years. China, I’m aware of their exercise,” Conn said.

“As long as they’re doing it in accordance with international law and norms, they have every right to do so,” he said.

“I would think one of the main differences that I’m aware is that I have 10 nations here participating in our exercises,” said Conn.

“I’m pretty sure the number of nations participating in China’s exercise is probably less than two,” he added.

Read Next
PH distances self from US sanctions vs Chinese execs for military buildup in contested waters
EDITORS' PICK
Gilas Pilipinas beats South Korea on Belangel’s game-winner
Nat’l leaders call on U.S. to stop military aid to Duterte
Filipino still reeling from hate attack in Oakland
Why is Duterte not bothered by the ICC report? Palace says it’s drawn from news clippings
Smart celebrates all kinds of ‘#SimplyLove’ for Pride Month
Smart brings KCON:TACT especially 4U to subscribers from June 19 to 27
MOST READ
Pacquiao ‘good choice’ as PDP-Laban standard bearer for 2022 – Koko Pimentel
Duterte says face shields for hospital use only — Sotto
‘Show you’re worthy of your post,’ Pacquiao tells Cusi at Senate energy probe
DepEd chief Briones lying, teachers insist
Don't miss out on the latest news and information.