From both national and local governments came some pushback on acts committed by the Chinese.

The Department of Foreign Affairs (DFA) has filed a diplomatic protest in connection with an incident in May when the Chinese coast guard confiscated the fishing equipment of Filipino fishermen in the disputed waters of Panatag (Scarborough) Shoal. 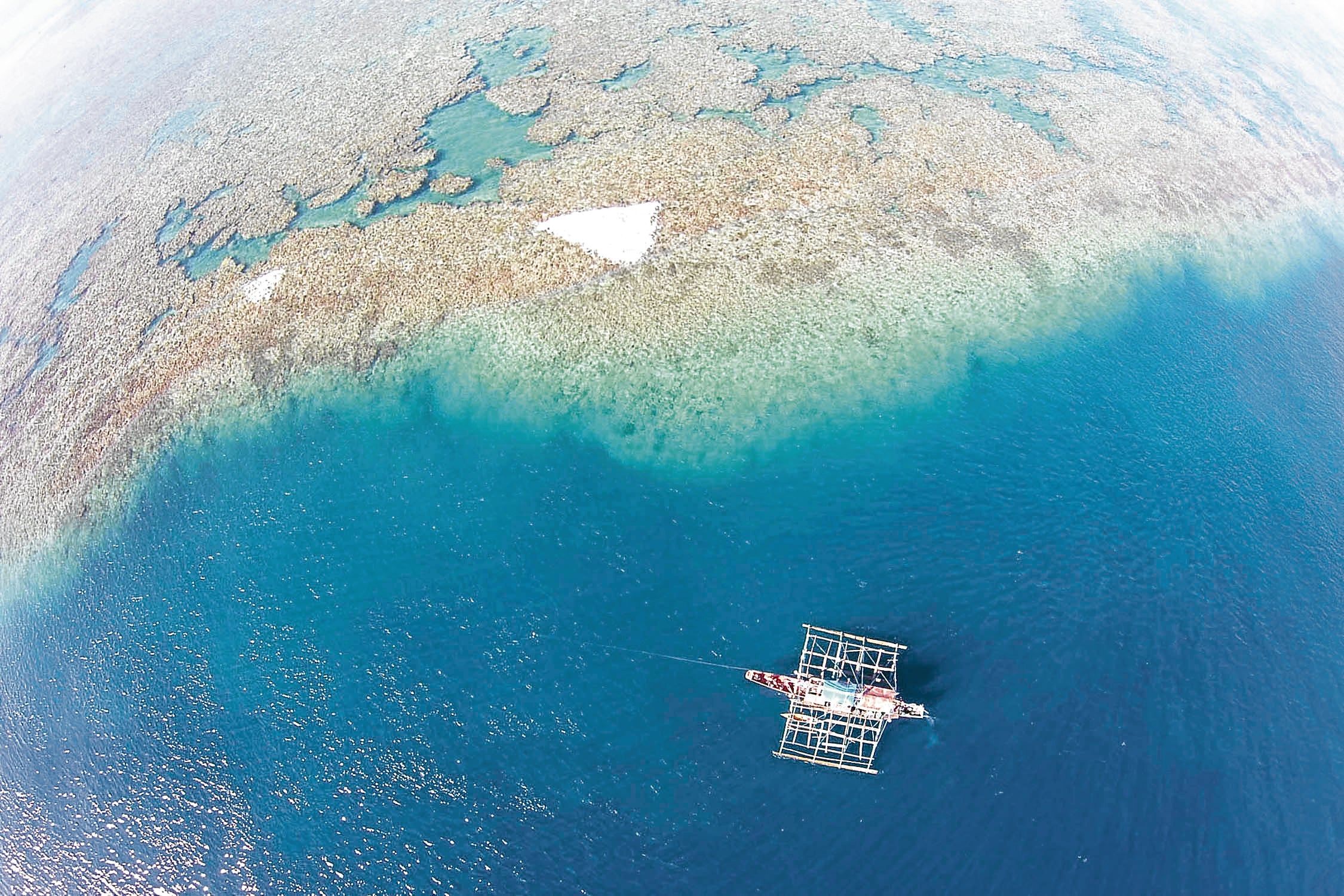 COOL SCENERY, HOT SPOT A fishing boat sails across the waters surrounding Panatag (Scarborough) Shoal in this 2016 photo. The Chinese Coast Guard in May confiscated the equipment of Filipino fishermen in the area, but it took the Philippine government three months to file a diplomatic protest. —REM ZAMORA

In Manila, Mayor Francisco “Isko Moreno” Domagoso sought the deportation of two Chinese nationals who were found selling products which identified the city as a province of China.

In its statement on Thursday night, the DFA described the Chinese action at Panatag Shoal as “illegal,” and “resolutely objected to China’s continuing illicit issuances of radio challenges to Philippine aircraft conducting legitimate regular maritime patrols in the West Philippine Sea.”

The confiscated equipment is known in the vernacular as “payao,” an anchored, fish aggregating device commonly used to catch tuna.

The DFA at press time has yet to respond to questions from the media for additional details. It was also not explained why it took three months for the government to file the diplomatic protest.

Asked about the protest against China in connection with Manila’s intention, on the other hand, to purchase future Chinese-made Covid-19 vaccines, presidential spokesperson Harry Roque said “diplomats file protests if we think our sovereignty or our sovereign rights are violated. But that will not affect the entirety of the good relations between our country and China.”

It was at Panatag Shoal, also called Bajo de Masinloc, where a flash point involving Chinese and Philippine vessels in April 2012 led to China’s occupation of this area and the Philippines filing an arbitral case the next year against the Asian power.

In a landmark 2016 ruling, the Permanent Court of Arbitration invalidated China’s so-called nine-dash claim over the South China Sea, including the waters and other maritime features within the Philippines’ exclusive economic zone, such as Panatag Shoal. But China has ignored the ruling.

In Manila, Domagoso sought the deportation of Chinese nationals Shi Zhong Xing and Shi Li Li, who were identified as the owners of Elegant Fumes Beauty Products Inc., the company which falsely stated in one of its products that Manila is a province of the People’s Republic of China.

Domagoso sent a letter to Bureau of Immigration (BI) Commissioner Jaime Morente, asking that the two Chinese be deported and held accountable for the Binondo-based company’s violation.

“The packaging of Ashley Keratin is an affront to the sovereignty of the Philippines and an insult to its duly constituted authorities,” the Manila mayor said in the letter.

The beauty products company was cited by the city for three violations: the Consumer Act of the Philippines, the Food and Drug Administration (FDA) Act and for engaging in online selling without the necessary permits. Domagoso added that the company’s violations should not be tolerated.

“We cannot let these foreign nationals insult our nation and our people,” he said.

A request to probe the company was also submitted to the National Bureau of Investigation on the same day.

Upon checking with the FDA, the city government also found that the company was not licensed by the agency to sell beauty products.

It was Puwersa ng Bayaning Atleta (PBA) Party list Rep. Jericho Nograles who first complained to the Department of Trade and Industry and the FDA of the company’s packaging. —WITH REPORTS FROM JULIE M. AURELIO AND NIKKA G. VALENZUELA