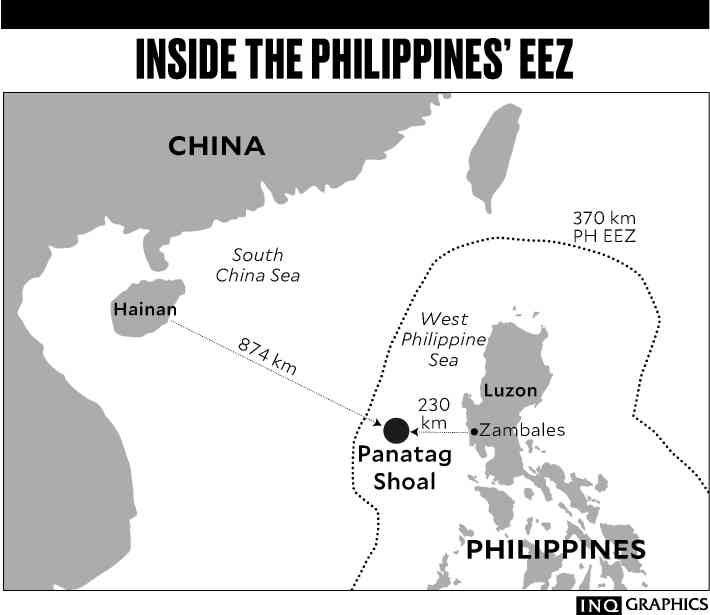 MANILA, Philippines — The Philippines on Thursday filed a diplomatic protest against China over the “illegal confiscation” of fish aggregating devices installed by Filipino fishermen in a Philippine-claimed shoal off Zambales.

In a statement, the Department of Foreign Affairs (DFA) said it registered the diplomatic protest over the incident that took place in May or three months ago.

“The [DFA] lodged today a diplomatic protest to China over the illegal confiscation by the Chinese Coast Guard of fish aggregating devices (payaos) of Filipino fishermen in Bajo de Masinloc,” the DFA said.

The Scarborough shoal (locally known as Panatag Shoal or Bajo de Masinloc) is among Philippine-claimed territories in the West Philippine Sea that are also being claimed by the Chinese under its nine-dash line map.

Philippine ships have long left the area but maritime patrols continue to monitor the movement of Chinese vessels.

Fishermen from Zambales have reported being turned away by the Chinese from the shoal, part of traditional fishing grounds for local fisherfolk.

In July 2016, the Permanent Court of Arbitration in The Hague has invalidated Beijing’s nine-dash-line claim in the South China Sea.