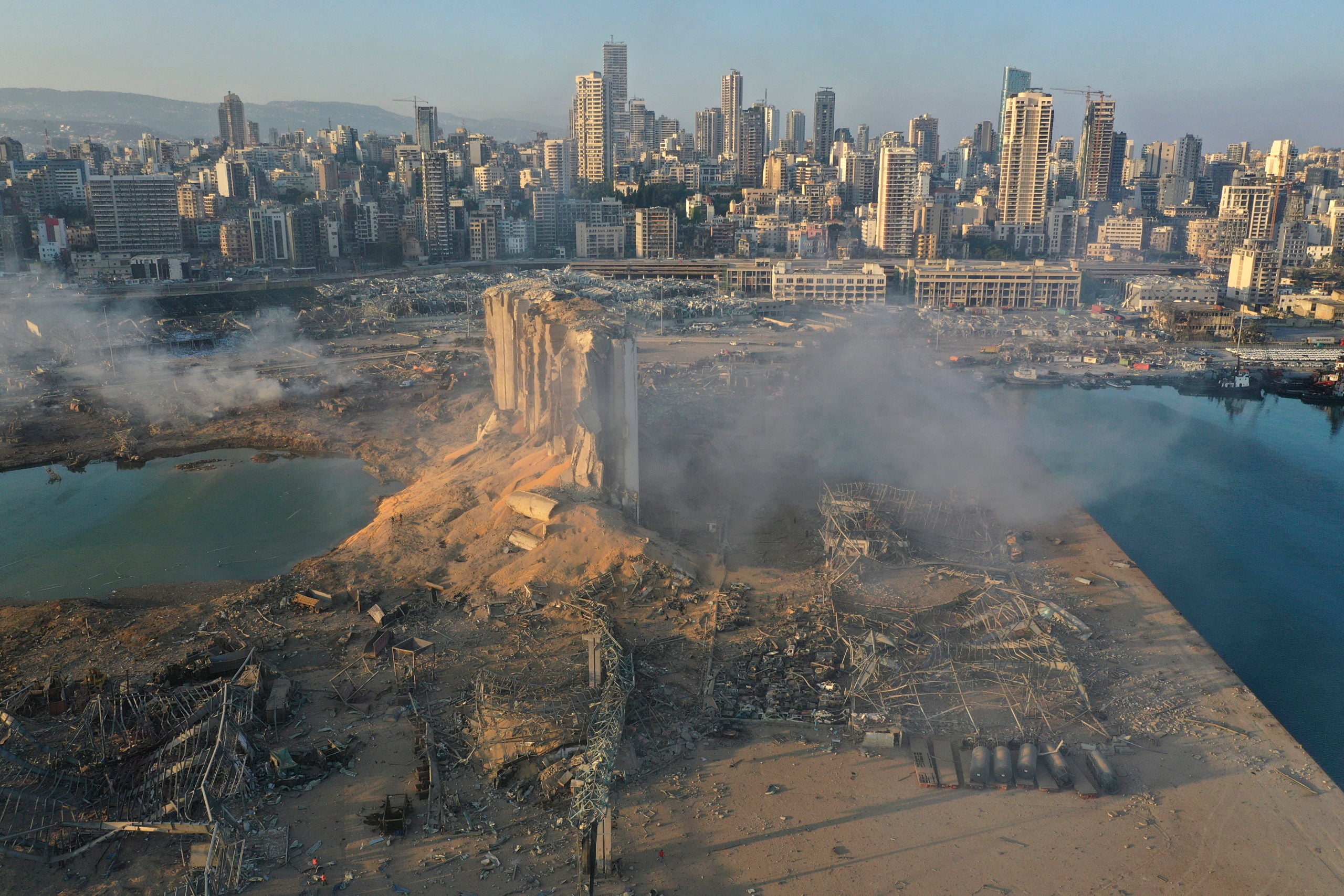 A drone picture shows the scene of an explosion at the seaport of Beirut, Lebanon, Wednesday, Aug. 5, 2020. A massive explosion rocked Beirut on Tuesday, flattening much of the city’s port, damaging buildings across the capital, and sending a giant mushroom cloud into the sky. More than 70 people were killed and 3,000 injured, with bodies buried in the rubble, officials said. (AP Photo/Hussein Malla)

MANILA, Philippines — The Department of Foreign Affairs (DFA) said on Wednesday evening that 10 of the 11 Filipino seafarers who were earlier reported missing after the massive explosions in the Port of Beirut in Lebanon have now been accounted for and safe.

Citing information from the Philippine Embassy in Beirut, the foreign affairs department added that the 10 Filipino seafarers sustained minor injuries.

DFA also said the seafarers are now with the management of the shipping company Abu Merhi Cruises, operator of the Orient Queen Cruises, where they serve as crew members.

Earlier Wednesday, DFA Undersecretary Sarah Arriola told reporters in an online interview that there were 12 Filipinos reported missing following the blast, 11 of whom are seafarers while the other is a household service worker.

DFA assured it would continue to ascertain the conditions of the seafarers and the other Filipinos who were reported hospitalized.

Meanwhile, all embassy personnel are reported safe as embassy premises in Beirut were also reportedly free from any damage, according to DFA.

DFA then advised Filipinos in Lebanon in need of assistance to reach the embassy through the following:

Over 100 people died and more than 4,000 were reported injured after huge explosions shook the Beirut on Tuesday, August 4, according to Red Cross in Lebanon.

Lebanon Prime Minister Hassan Diab earlier said the explosion stemmed from 2,750 tons of agricultural fertilizer ammonium nitrate that had been stored in a portside warehouse for years. Investigations, however, were still ongoing.