As fate of VFA hangs, PH and US forces take to the skies for exercise 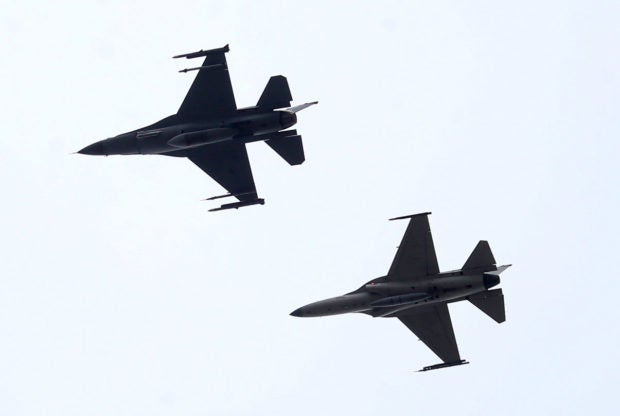 FLORIDABLANCA, Pampanga — As the future of the country’s Visiting Forces Agreement (VFA) with the United States hangs, Philippine and American forces have been discreetly training at a military base northwest of Manila, striving to keep their alliance afloat despite threats to sink it.

The sight and sound of jets ripping the skies may be now ordinary here that most residents outside their home are no longer drawn to look up the sky, but unaware of the display of American air power and the decades of security alliance this has come to represent.

Sources familiar with this training say it is part of the Bilateral Air Contingent Exchange – Philippines (BACE-P) — a week-long joint military exercise aimed at improving interoperability and boosting the air defense capabilities of the two long-time security allies.

The US Air Force was said to have flown in six of their supersonic F-16 fighter jets, known as Vipers, from the 35th Fighter Wing in Misawa Air Base, Japan.

Defense Secretary Delfin Lorenzana confirmed that joint training between the Philippine and US air forces was ongoing.

“The first exercise was held in Fernando Air Base in Lipa last week between the Philippine Air Force and US Air Force. They are also using the Basa Air Base in Pampanga,” he told Inquirer over the weekend.

The bilateral engagement in Lipa, Batangas focused on humanitarian assistance and disaster response, a training that seemed timely following the eruption of Taal Volcano and crucial because of the lessons it would impart for disaster response.

A small contingent of Philippine Army soldiers is also taking part in a three-week exercise with their American counterparts in Palawan, the province at the doorstep of territorial conflict between China and the Philippines in the West Philippine Sea.

Balance Piston 20-1, which runs from Jan. 26 to Feb 23, aims to enhance the counterterrorism capabilities of the Philippine Army and strengthen the cooperation of both countries.

The joint military drills are being conducted amid the possible termination of the VFA, an accord that covers the conduct of US troops who take part in military exercises in the Philippines, which included the likes of BACE-P and Balance Piston.

President Rodrigo Duterte has reportedly instructed the government to send the notice of termination of the VFA to the US, but Lorenzana said he has yet to see it in black and white form.

In case a notice was sent to the US, it will take effect after 180 days, which means all the scheduled activities of the two countries within that period will continue, Lorenzana said.

“All the set engagements for this year until June will go on,” he said.

There are 319 joint military exercises between the Philippines and US lined up for 2020, an increase from 281 in 2019. These included the Balikatan, the biggest military exercise between the two countries involving thousands of troops and the participation of Australian and Japanese forces, slated this summer.

All these are seen to enhance the joint defense cooperation of the two countries in preparation for future challenges. These engagements largely benefit the Philippines, as it remains to have one of the weakest militaries in the region.

VFA a deterrent to China

Duterte is proceeding with his threats to end the VFA despite government officials citing its benefits to national security and observers saying that the absence of a defense agreement with the United States was beneficial to China.

At a Senate hearing on Thursday (Feb. 6), foreign and security officials led by Foreign Affairs Secretary Teodoro Locsin Jr. pushed for a “vigorous review” of the agreement, not for its outright abrogation. 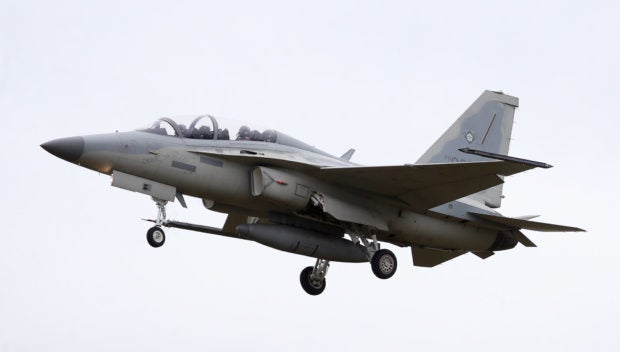 “While the Philippines has prerogative to terminate the VFA anytime, the continuance of the agreement is deemed to be more beneficial to the Philippines, compared to any benefits were it to be terminated,” Locsin told senators.

The VFA allows the two countries to accomplish its obligations under the Mutual Defense Treaty (MDT), which mandates the two allies to support each other in case of an armed attack.

“For the MDT, the VFA is the substance that makes it real and makes it work…Without them, the MDT is just a piece of paper,” Locsin said.

The country’s top diplomat also acknowledged that regular American presence serves as a deterrent to China from taking more aggressive actions in the West Philippine Sea.

“The MDT is a deterrent to any attack from any power. The termination of the VFA will very likely dilute the US commitment to the MDT,” he said.

The Philippines, he pointed out, stands to lose significant defense assistance programs if the VFA was scrapped.

For 2020 to 2021, the US planned to spend over $200 million on aircraft, training, equipment and construction for the Philippine military, and more than $45 million in foreign military financing (FMF).

“Without the VFA, the US departments of State and Defense will be hard put to get funds from the US Congress for FMF and other defense assistance programs to the Philippines,” Locsin said.

The US may also no longer see the use for the Enhanced Defense Cooperation Agreement (EDCA), which allows them to set up military facilities and preposition assets in the country. 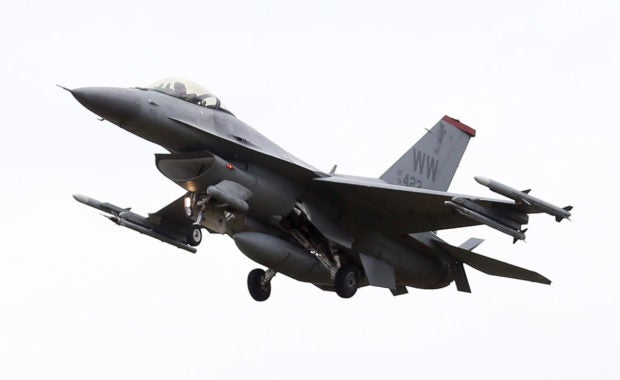 “The US may see no need to continue EDCA without the VFA because its military capability depends on human operators whose behavior needs to be regulated,” Locsin said.

“There would essentially be no practical use for an EDCA in the absence of the VFA, which is the legal framework for the presence of US military personnel in military exercises and actual military responses under the MDT,” he said.

Duterte had threatened to throw out the military pact on Jan. 23 in retaliation for the US revocation of the visa of Sen. Ronald “Bato” dela Rosa, his close political ally and former police chief.

The US did not cite a reason for the visa cancellation but it was likely because of Dela Rosa’s role in Duterte’s bloody campaign against drugs.

But even as officials have listed all the benefits of the VFA to national security, Duterte, who claims to be a big supporter of the armed forces, appeared bent on setting aside what his security officials reported. His men, and ultimately the entire nation, would have to bear the consequences of his choice.

“That is his prerogative as president. We laid out the facts, he decides,” Lorenzana said.