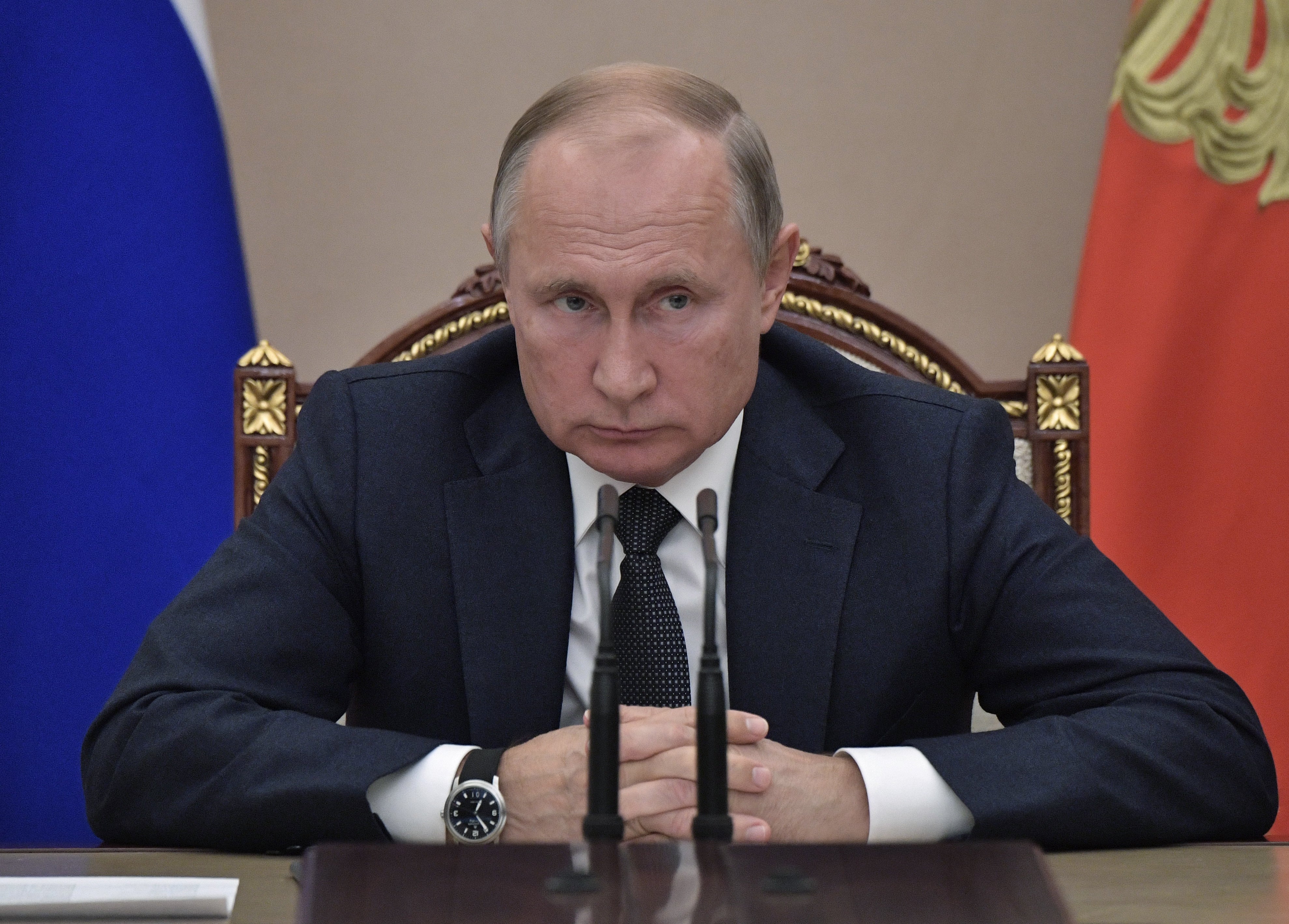 Russian President Vladimir Putin attends a meeting on modernizing the health care system at the Kremlin in Moscow on October 2, 2019. (Photo by Alexey NIKOLSKY / Sputnik / AFP)

MANILA, Philippines — Filipinos have a favorable view of Russia and its leader President Vladimir Putin, the latest survey by Pew Research showed.

The survey released Friday, which was participated by 33 nations, showed that 56 percent of Filipinos have a favorable view of Russia.

The country is the fourth highest when it comes to expressing favorable views of the European superpower, behind Greece (58 percent), Slovakia (60 percent) and Bulgaria (73 percent).

Some nations, however, expressed that they have a negative view of Russia, including the US (18 percent said they favorably view), Japan (25 percent) and Sweden (12 percent).

Meanwhile, 61 percent of Filipinos said that they express confidence in Putin. They are the second behind Bulgaria, where 62 percent said that favored the Russian leader.

Other countries said that they have no confidence in Putin, such as the US (73 percent), Canada (68 percent), Australia (70 percent) and Poland (78 percent).

In the past, President Rodrigo Duterte has expressed admiration of Russia. On one instance, the Chief Executive said that Russia and China have respect for Philippine sovereignty, unlike the US.

Duterte has also made two official trips to the European country, the last time was October 2019.

More information on the survey may be viewed here.