No news on Filipinos in China infected by nCov, PH envoy says 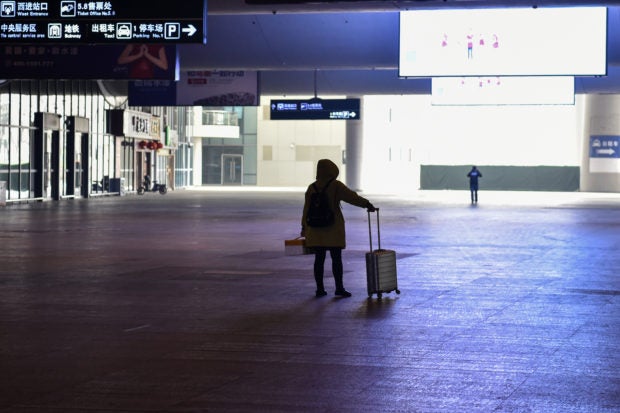 A passenger stands after arriving at the nearly-deserted Wuhan train station, usually full of passengers ahead of the Lunar New Year, in Wuhan on January 23, 2020. (AFP)

MANILA, Philippines — No Filipinos in China have so far been infected by the novel coronavirus, Philippine Ambassador to China Chito Sta. Romana said Thursday.

“Fortunately, there is no news that any Filipino has been infected by the virus. This includes not only the Filipinos in Wuhan, but all over China,” Sta. Romana said in an interview with ANC.

Sta. Romana also reiterated his advice to Filipinos living in China to “exercise self-quarantine” and “minimize social contact” to avoid getting infected by the deadly virus.

“This is the best way because virus is basically… it is really through human contact or through infection in a crowded place,” Sta. Romana said.

This was after around 50 Filipinos in Hubei province expressed desire to return to the Philippines as the death toll and number of people infected by the novel coronavirus continues to rise.

“We are now in the process of consultation with the Chinese authorities on airport clearance, you have to deal with the aviation authority, the foreign affairs machinery in the province and in Beijing as well as with the health authorities. As soon as we can get this, we would be able to proceed with the plan,” Sta. Romana said.

The Department of Foreign Affairs (DFA) earlier said it is ready to repatriate Filipinos in Wuhan and the rest of Hubei province “subject to China’s rules on Disease Containment, including immigration clearance and quarantine process, among others.” 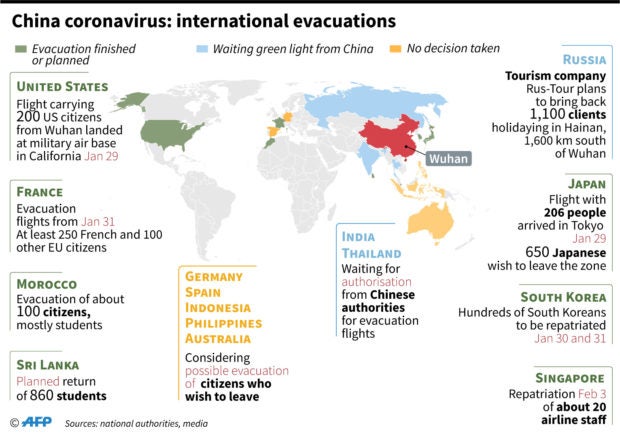 Sta. Romana said the embassy is giving the Filipinos the option to leave or stay even as he stressed the possibility of getting more exposure to the virus should they decide to return home.

“They’ll be increasing risks to exposure. They’ll have to ride a bus, a car to the airport. They’ll be exposed to more Chinese, the driver, the interpreter, Chinese officials, airport personnel before they board the plane,” Sta. Romana said.

He also reminded that Filipinos who will arrive in the Philippines will have to undergo 14 days of quarantine as ordered by the Department of Health (DOH).

“When they arrive in the Philippines, they’ll follow the DOH guideline of forcing them mandatory quarantine. Once they realize all these, and they register, that’s when we’ll finalize the list,” Sta. Romana said.

Meanwhile, President Rodrigo Duterte said the government is ready to repatriate Filipinos in Wuhan as long as “precautions are in place.”

The death toll of the novel coronavirus has climbed to 170 with over 7,000 infected, China’s health ministry said Thursday.