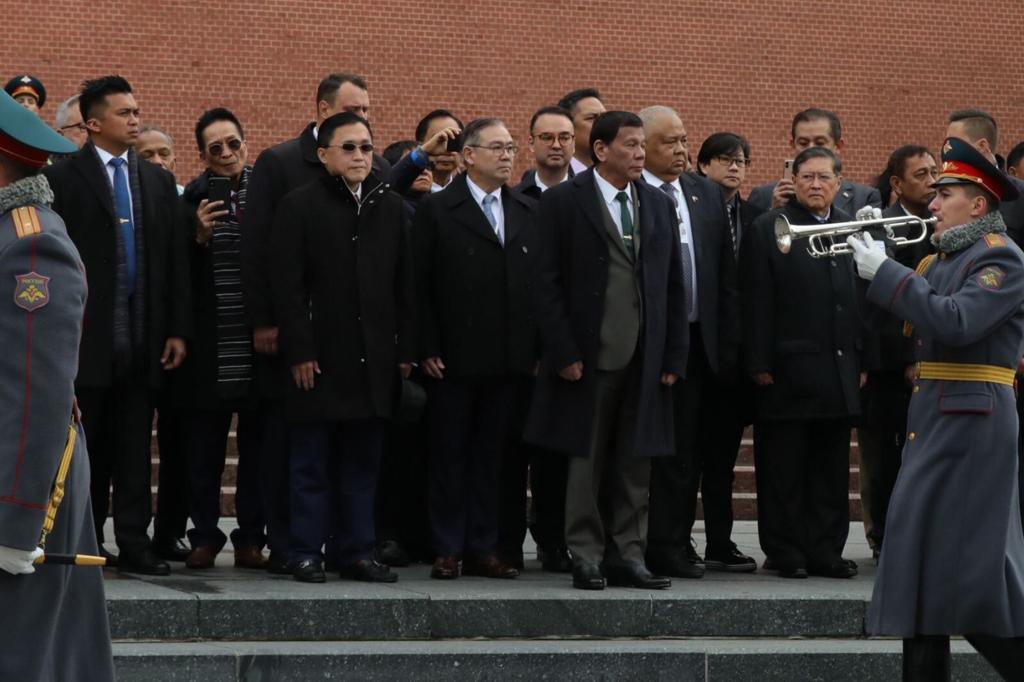 MANILA, Philippines — President Rodrigo Duterte’s official visit to Russia has been “fruitful” as it strengthened the security relations between Philippines and Russia, Senator Christopher “Bong” Go said on Sunday.

Go said that the campaign of the Duterte administration against terrorism in the country received praise from Russian President Vladimir Putin and other officials.

According to Go, Russia is in “full support” with the country’s fight against terrorism.

Apart from this, Go expressed hope that the President’s visit would generate jobs for the Philippines.

This after Philippine and Russian companies signed business agreements worth US$12.6 million, ranging from business cooperation, agricultural exports, electric power and importation.

(We are looking forwards to the many business opportunities that the President will be bringing home to the country in order for Filipinos to have jobs.)

Duterte is expected to arrive in the Philippines on Sunday past noon. /je