Duterte flies back to PH after 5-day Russia visit 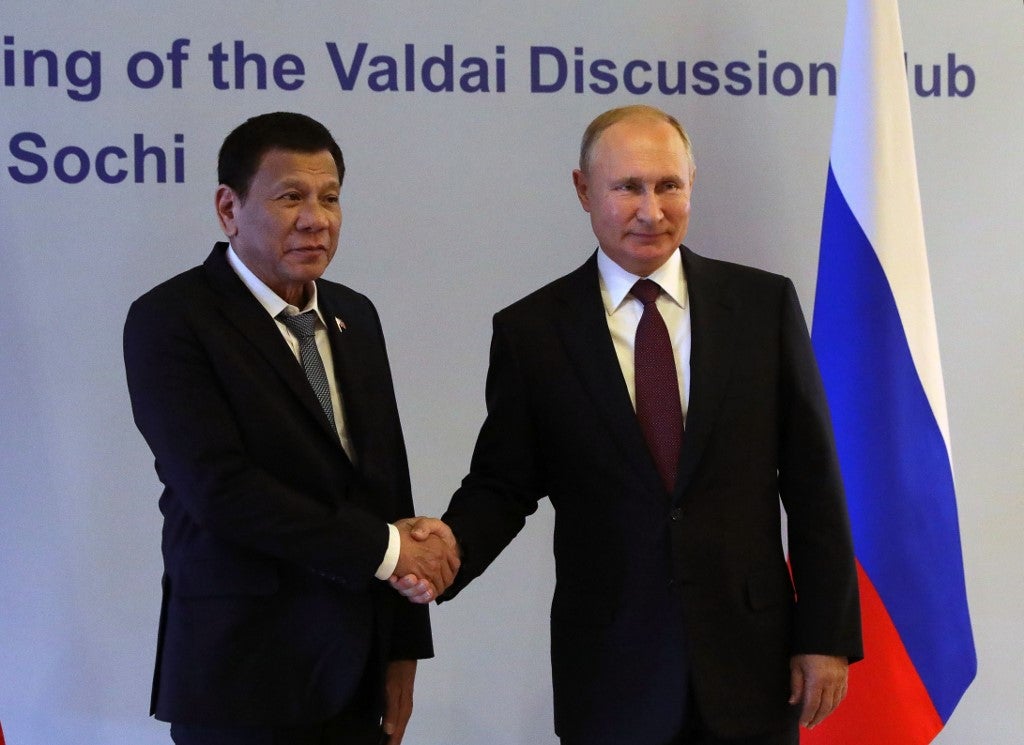 Russian President Vladimir Putin (R) shakes hands with Philippine’s President Rodrigo Duterte prior to their meeting at the Valdai Discussion Club in Sochi on October 3, 2019. AFP

The President also brought home 10 business agreements which covered wide range of areas from importation of products to Russia as well as intent to explore the prospect of cooperation to construct nuclear power plants in the Philippines.

Duterte was also conferred with an honorary doctorate degree in diplomacy by a top Russian school for future diplomats. /je