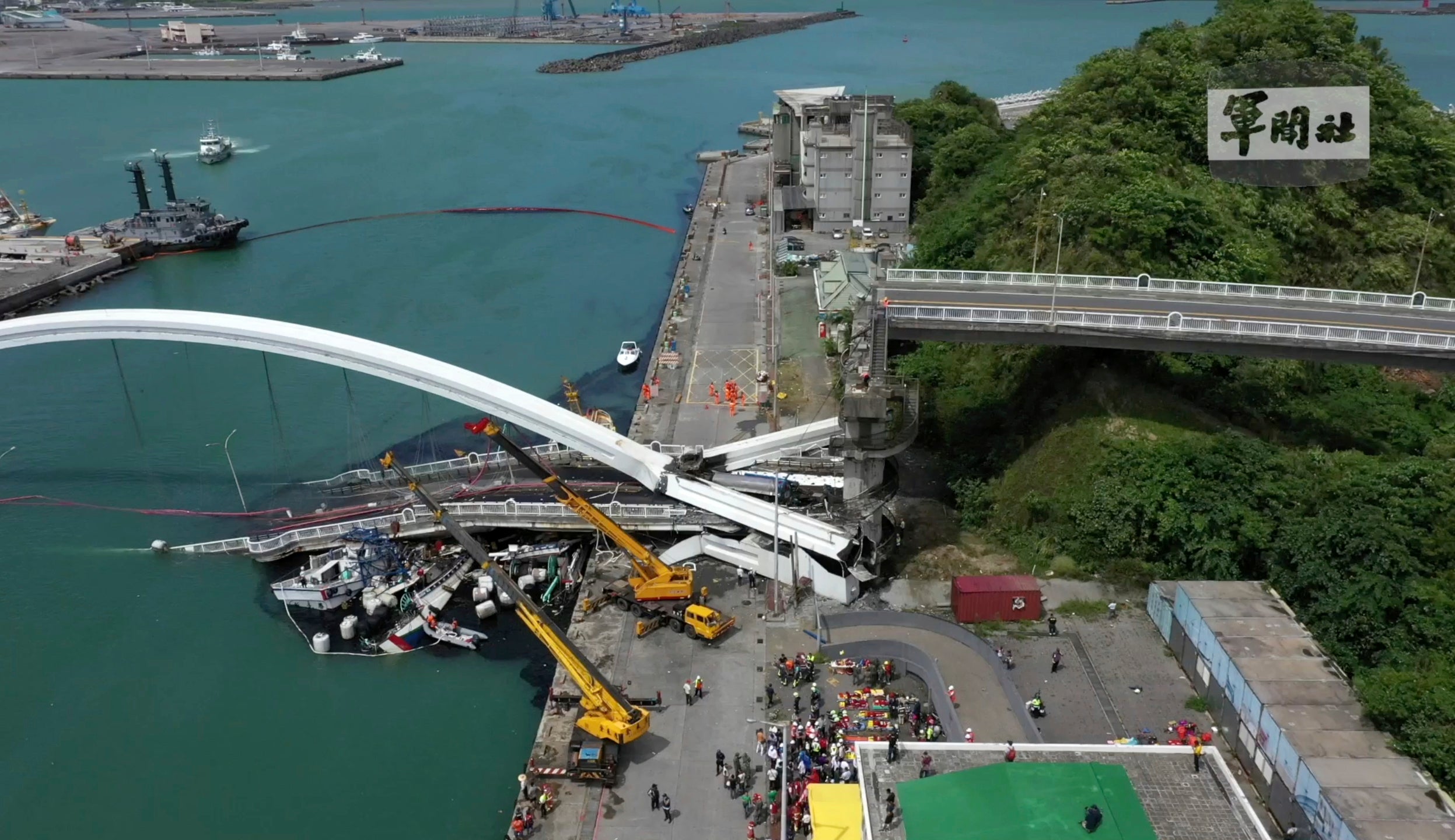 TAIPEI — The company responsible for managing the towering arch bridge that broke down Tuesday in northeastern Taiwan would provide compensation to the families of the six fatalities.

Taiwan International Ports Corporation, Ltd. (TIPC) said it would provide 5 million Taiwan dollars ($160,857) in compensation to the families of those killed. They were identified as Wartono, 29, Ersona, 32, and Mohamad Domiri, 28, all from Indonesia; along with Philippine citizens Andree Serencio, 44, George Impang 46, and Romulo Escalicas, 29.

Indonesians and Filipinos are drawn to work in Taiwan’s vast fishing fleet, where conditions can be difficult, but wages are much higher than at home.

On Thursday, investigators were examining possible structural problems surrounding the collapse of the bridge.

A 2016 report on bridges in Yilan county had found problems with the expansion joints on the Nanfang’ao bridge, which was completed in 1998 and collapsed Tuesday morning, the official Central News Agency (CNA) reported. The joints are designed to absorb changes in temperature.

CNA cited the report as saying that motorists could sense a difference of levels on either side of the joints, possibly as a result of warping or other problems.

TIPC earlier said it cleaned the joints and fixed other problems such as rusted steel reinforcements and guardrails in 2017 and 2018.

Experts are also looking into the condition of the bridge’s steel cables, including the possibility of dangerous levels of corrosion.

The 140-meter-long (460-foot-long), 18-meter-high (nearly 60 feet-high) bridge, collapsed into a bay on Taiwan’s lightly populated east coast, about 60 kilometers (40 miles) southeast of Taipei. A typhoon swept by the island earlier, but the weather was sunny when the bridge collapsed, and it wasn’t clear if the storm was a factor.

Divers on Thursday found the body of the sixth fatality when the bridge collapsed onto fishing boats below. Another 10 people were injured, including the driver of an oil tanker truck that was crossing the bridge at the time of its collapse.