Duterte arrives in Sochi for meeting with Putin 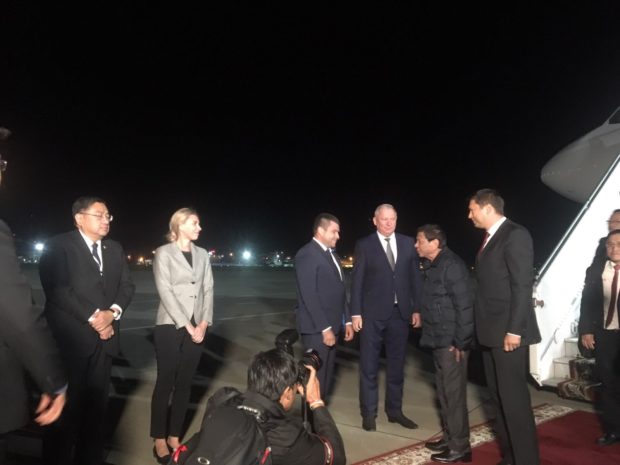 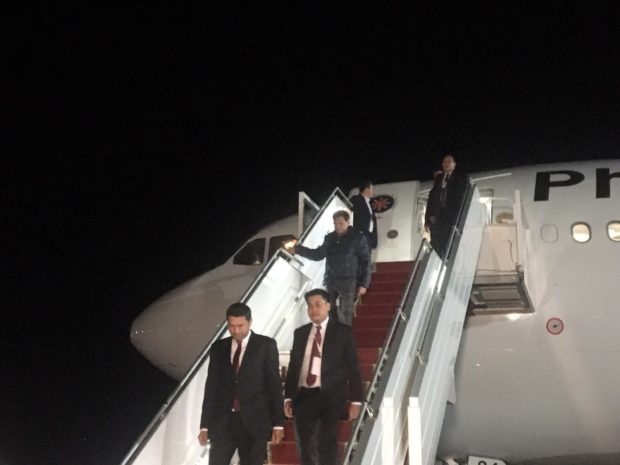 He flew from Moscow, where he met with Russian Prime Minister Dmitry Medvedev and paid a courtesy call on Igor Sechin, chief executive officer of a global public oil and gas corporation.

While in Sochi, Duterte will hold a bilateral meeting with Putin and Jordanian King Abdullah II Bin Al-Hussein.

This will also be the fourth meeting between Duterte and Putin.

Duterte had once called Russian President Vladimir Putin his “favorite hero,” as he tried to cement better ties with Russia.

He will also attend the Valdai Discussion Forum and address the plenary session alongside several other world leaders.

Duterte is scheduled to fly back to Moscow later today for wreath-laying at the Tomb of the Unknown Soldier.

He will also take a tour at the Kremlin.

Duterte will interact with top Russian business leaders in Moscow to encourage them to invest in the Philippines.

He is also scheduled to speak before future diplomats of Russia in the Moscow State Institute of International Relations, one of the top Russian universities for international, political, legal and economic studies.

To cap off his visit, Duterte will also touch base with the members of the Filipino community in Russia on October 5.

Duterte’s first trip to Russia in 2017 was cut short when he flew back home when foreign and local terrorists laid siege on Marawi City.  /gsg