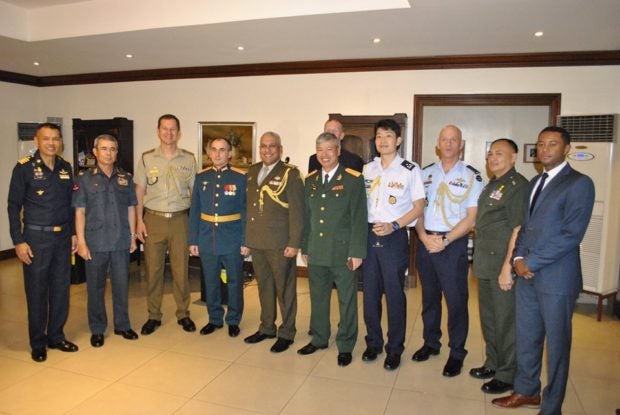 Photo from Russian Embassy in the Philippines Facebook page

MANILA, Philippines — Russia’s first military attaché to the Philippines has formally assumed his duties, setting a new milestone for the diplomatic ties of the two countries.

Moscow’s ambassador to Manila Igor Khovaev hosted a welcome reception for Col. Dmitry Nikitin and introduced him to Philippine military officials and defense attachés on September 3, the Russian embassy in Manila said in a Facebook post on Thursday.

“His Excellency (Khovaev) emphasized that Russia and the Philippines now have a new channel of communication to enhance bilateral defense ties and to contribute to strengthening peace and stability in the whole region,” it said.

Russia’s presence of such kind for the first time in 40 years of diplomatic relations with the Philippines highlights the results of President Rodrigo Duterte’s so-called independent foreign policy.