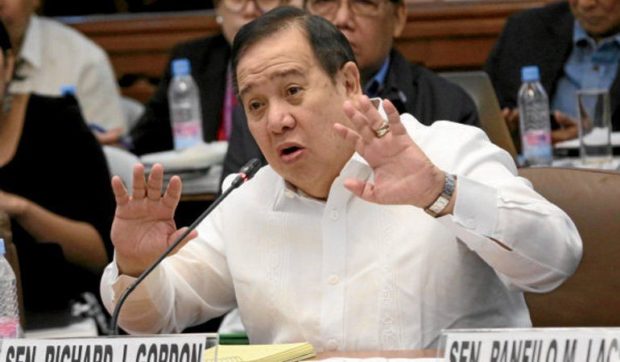 MANILA, Philippines — The apology of the Chinese fishing group on the Recto Bank incident seems not enough for Sen. Richard Gordon who pointed out Friday that the group failed to acknowledge their abandonment of the 22 Filipino crew after the ramming.

Gordon stressed that while apology–which came two months after the sinking incident–was a “step forward,” the abandonment should have been raised as this was more serious than the property damage matter.

“In fact, abandonment or failing to come to the rescue of persons in danger especially at sea, is a criminal act,” he said in a statement.

“Right after the incident, an apology should have been issued then,” the lawmaker added. “While the apology is a step forward, it conveniently sidesteps the abandonment issue.”

With the apology referring to the incident as an accident, Gordon also questioned whether a credible and exhaustive investigation has already been conducted.

Palace spokesman Salvador Panelo earlier said the owner of the Chinese ship apologized, through an association, to the affected Filipino fishermen. Panelo added that the Philippines had accepted the association’s apology.

But Foreign Secretary Teodoro Locsin Jr. has angrily refuted this.

“Hey morons! I merely NOTED the apology. I did not accept it. I am not a fisherman,” Locsin tweeted late Wednesday from Beijing, where President Rodrigo Duterte was also in for his fifth visit to China.

On June 9, a Chinese vessel rammed into the FB Gem-Ver 1 in the West Philippine Sea leaving the crew members of the floundering fishing boat stranded for four hours until a passing Vietnamese vessel rescued them.

A Pulse Asia survey in July bared that 36 percent of Filipinos would like the Philippine government to compel China to sanction members of the Chinese vessel but this has yet to be done by the Duterte administration.

Del Rosario: Then and now, China can’t be trusted