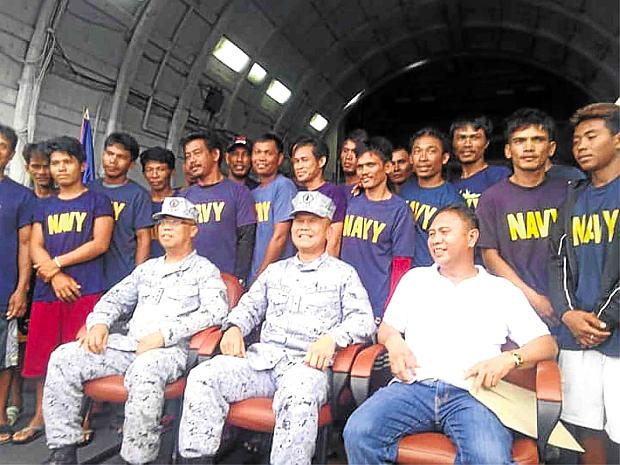 MANILA, Philippines — The owner of the Vietnamese boat has finally spoken about how his crewmen rescued the 22 Filipino fishermen near Recto (Reed) Bank in the West Philippine Sea.

“After working as a fisherman for many years, this is the first time that my family’s ship has rescued another vessel, especially a foreign ship. I believe that anyone who heads out to sea would have done the same thing, not just us,” Theng told Vnexpress.

He said he was able to contact the boat captain Nguyen Thanh Tam through radio to give his side of the story.

The Vietnamese boat captain’s account appeared consistent with the stories of the Filipino fishermen on how they tried to stay afloat and how the Vietnamese rescued them.

The Chinese vessel that rammed and sank the Filipino fishing boat abandoned 22 fishermen who had to hold on for dear life in the open sea while waiting for help.

Based on reported accounts of Filipino fishermen, two of their boats approached the Vietnamese vessel spotted about 5 nautical miles away from the incident.

This was confirmed by the Vietnamese captain.

“At around 1 a.m. on June 10, the Vietnamese fishing boat was anchored and all of its crew fast asleep when they were awakened by the voices of foreigners. Using a flashlight, the captain made out two small boats without lights approaching his. Two men speaking a foreign language waved their hands, requesting help,” the report said.

The Vietnamese captain was cautious at first because he “feared” that those asking for help could be pirates.

But it turned out that the two fishermen were soaking wet and shivering, which led them to think that there might have been an accident at sea.

The two Filipino fishermen used hand signals to ask for help and pointed towards Recto Bank.

It took about an hour to get to the site of the incident because of poor visibility. When they got there, they found 20 Filipino fishermen trying to survive.

“The Vietnamese crew found a group of 20 Filipino fishermen wearing life jackets clinging on to plastic barrels and pieces of wood from a sunken boat. They were tired, hungry and cold,” the report said.

The Filipino fishermen claimed that their boat was hit by another vessel.

The Vietnamese took them to their boat and fed them rice and noodles.

“At 5 a.m. the next day, the Tien Giang-based boat moved back to its original place to continue their fishing voyage. By then, the Filipino crew had borrowed a radio to inform a sister boat in the area about their plight. Around 2 p.m. the same day, another Filipino boat came to pick up the 22 fishermen,” the report said.