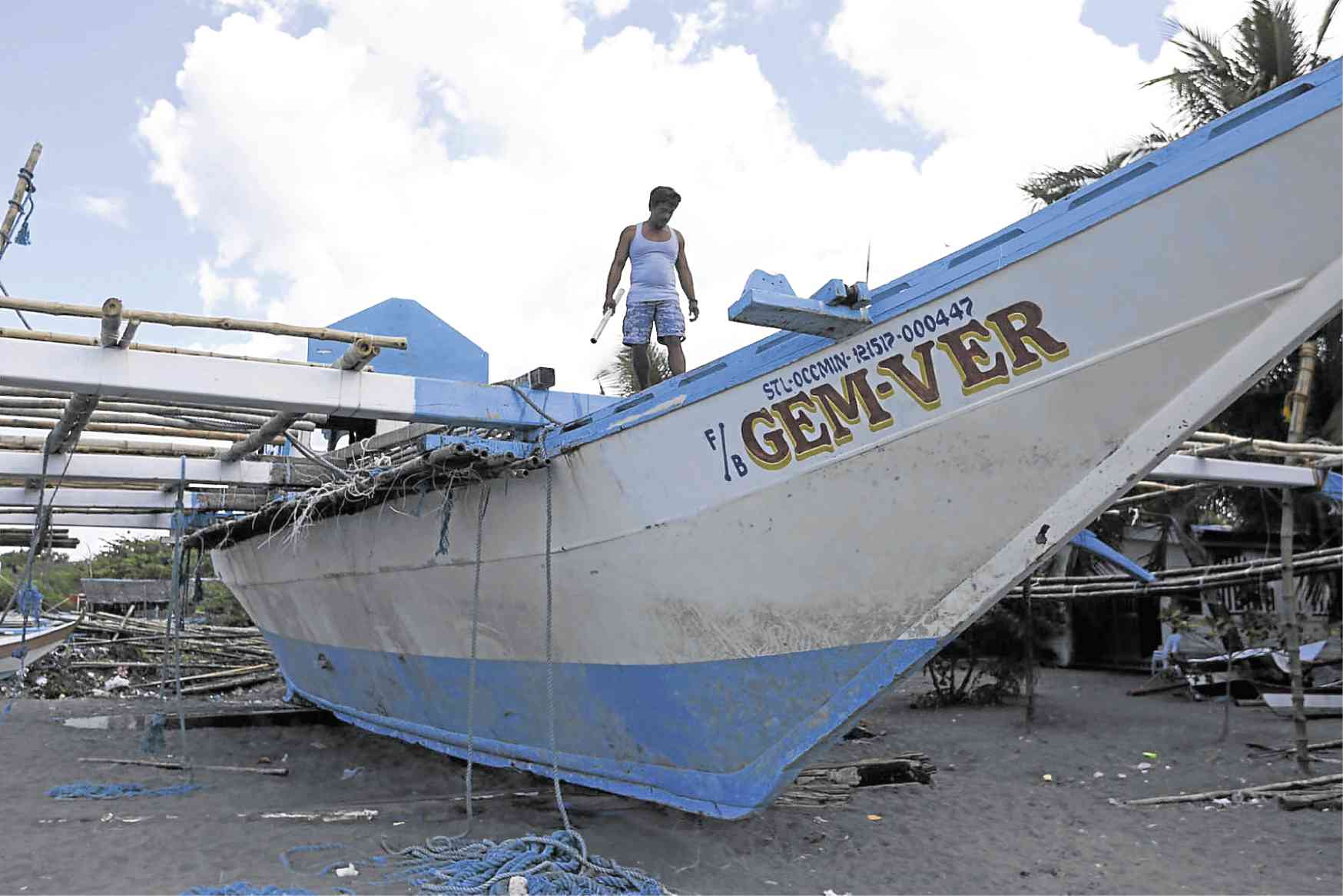 DESERVING COMPENSATION Fishing boat skipper Junel Insigne, inspecting the damaged FB Gem-Ver 1 in this June 18 file photo, may be pondering his next move after the owner of the Chinese trawler that rammed his vessel and abandoned him and his crew apologized, as announced by the Department of Foreign Affairs on Wednesday. —RICHARD A. REYES

MANILA, Philippines — While welcoming the apology of the owner of the Chinese trawler that allegedly sank a Philippine fishing boat last June 9, two senators said the Filipino victims should also be compensated for damage caused by the incident.

The Department of Foreign Affairs (DFA) earlier posted a letter on Twitter from Chen Shiqin, president of the Guangdong Fishery Mutual Insurance Association, saying the unnamed owner of the Chinese vessel “would like to express his sincere apology” for the “accident.”

“We welcome the apology by the owner but we would also urge them to compensate our fishermen for the damage caused them by way of actual damage to the fishing boat as well as loss of income among others,” Senator Francis Pangilinan said in a statement.

He also denounced the Chinese group’s claim that Recto Bank is part of Spratlys Islands, which China calls Nansha Islands.

“They must pay compensation to the Filipino fishermen,” Drilon said in a separate statement.

In a separate interview, Senator Panfilo Lacson said that the need for compensation should depend on the Filipino fishermen being the “aggrieved parties.”

Lacson also noted that while the Chinese shipowner’s apology is “in the meantime good enough,” he hopes that the Chinese government will also consider offering the same apology.

“I’m just hoping it could be taken up as a matter of fact, and the Chinese government will also consider offering the same apology on behalf of the Chinese people,” Lacson told reporters. /muf