MANILA, Philippines — China could not dictate on the Philippines to ban all online gambling operations in the country, Manila’s top diplomat to Beijing said Thursday.

“He [Duterte] will say it’s legal in the Philippines,” Philippine Ambassador to China Jose Santiago Sta. Romana said in a televised briefing from Beijing. 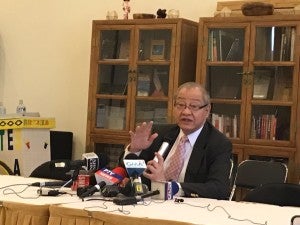 “They can’t dictate on us. That’s our sovereign decision. That is where we stand,” Sta. Romana said.