Two Iranian men illegally changed their nationality on their passports to Filipino, to apply for a residency visa in the United Arab Emirates (UAE).

One of the men’s attempts came after his initial application for a UAE residency was rejected, as per Gulf News yesterday, Aug. 26. The reason behind the other man’s decision to illegally change his nationality was not mentioned in the report. 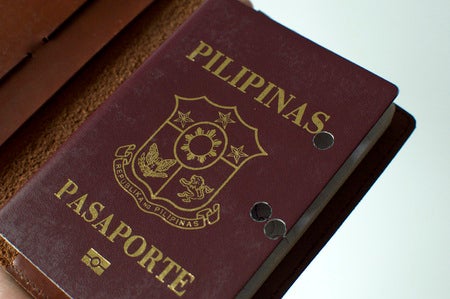 One of the Iranians, a 40-year-old engineer, arrived in Dubai this year with a visit visa. He applied for residency but was denied one due to security reasons.

He then met an Egyptian man and Syrian woman, who led him to a 36-year-old Emirati public relations officer. According to the report, the officer agreed to help the 40-year-old get a residency visa for Dh85,000 (over P1.2 million).

The Emirati forged electronic documents in the General Directorate of Residency and Foreigners Affairs’ system to change the engineer’s nationality to Filipino to obtain residency, according to the Dubai Public Prosecution.

The unlawful attempt at altering the man’s nationality was successful as a police officer stated the man managed to get a residency visa, despite being denied one previously.

“The application carried his name, but his nationality was down as Filipino to get approved,” the police officer was quoted as saying.

The Iranian engineer reportedly attached a fake Filipino passport to his Iranian passport to change his visit visa to a work permit.

The officer explained that this Iranian man arrived in Dubai in May 2018, and obtained residency just two months after his arrival. He got the residency under the name of an investment company in Dubai.

The Emirati and Iranian engineer were arrested after an investigation, as per report.

Said Iranian admitted to paying the Syrian woman and Egyptian man. But he claimed he is unaware of how the pair obtained his work permit. He only stated that the Emirati accompanied him to government departments, as well as a to a medical test to obtain the permit.

Meanwhile, the other Iranian paid Dh75,000 (over P1 million) to get the residency permit through the same procedure.

According to the Dubai Court of First Instance, the Emirati was charged with forging and using electronic documents. The Syrian, Egyptian and two Iranians were charged with criminal abetting. The trial for the case is set to continue on Sept. 16. Ryan Arcadio/JB