Locsin won’t publicize details of protest vs China: ‘I speak only to the Army’ 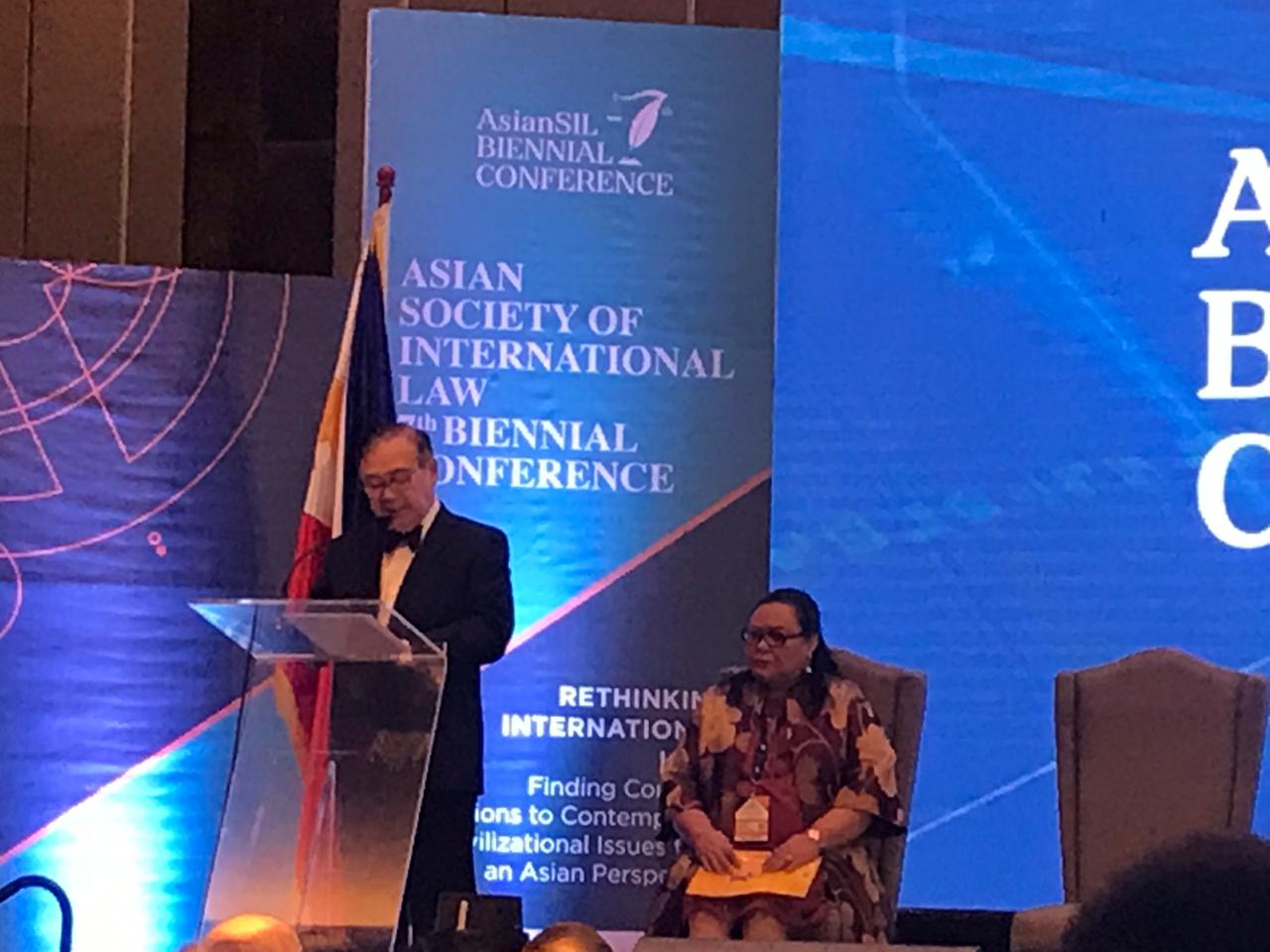 At the sidelines of the 7th Biennial Conference of the Asian Society of International Law (AsianSIL) in Quezon City on Thursday, reporters asked Locsin for an update on the protest lodged against Bejing.

“They’re just fired off. I’m afraid that’s all I can say,” he said.

“You know how I feel about speaking to the civilian media, I speak only to the Army,” he added.

Locsin has been announcing via Twitter since June whenever the country has filed a protest against China amid reported sailing of its survey vessels and warships in Philippine waters without permission from the government.

“I already described my foreign policy as the fist and the iron glove of the armed forces so we work hand in hand with the military,” the country’s top diplomat further told reporters.

But while Locsin said he would not publicize the Philippines’ diplomatic protests against China, he has agreed to disclose Beijing’s responses to the Senate.

During a briefing with the Senate foreign relations committee earlier this week, Senate Minority Leader Franklin Drilon asked Locsin if he could share the information to the public or the committee.

In response, Locsin said: “I don’t know about the public, definitely with the committee. And it will be done.”

The Philippines and China are locked in a longstanding maritime dispute over the South China Sea (SCS) with Beijing claiming nearly its entirety, including parts of the West Philippine Sea (WPS).

In January 2013, the Philippines filed a case challenging the expansive claims of China in the SCS before the United Nations Permanent Court of Arbitration.

The arbitral tribunal ruled in favor of the country’s sovereignty over the WPS in July 2016, which China refused to recognize.

In his upcoming visit to China at the end of the month, Duterte said he would finally discuss the ruling with his Chinese counterpart.

Locsin further told reporters that they are currently “working on” finalizing the President’s agenda during his trip to China./kga