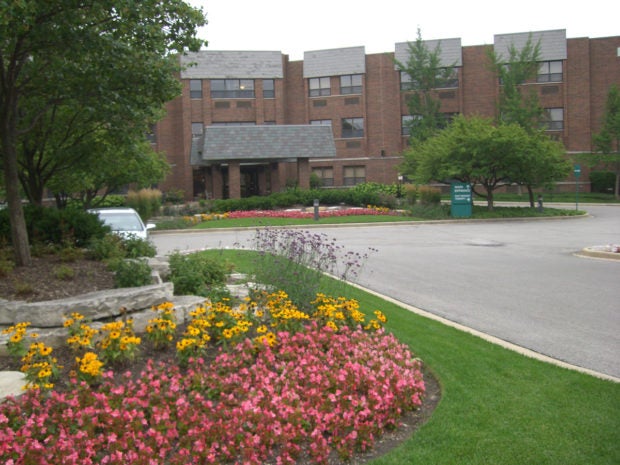 Abington at Glenview nursing home  (Image: The Abington of Glenview)

A Filipino woman and her boyfriend found themselves in hot water after allegedly taunting an elderly patient with dementia in a nursing home in Illinois, United States.

Jamie Montesa and Brayan Cortez, who were both certified nursing assistants in the Abington at Glenview nursing home, were arrested on misdemeanor charges.

The charges are based on a Snapchat video in December 2018 that showed an interaction between Cortez and the patient, 91-year-old Margaret Collins, CBS 2 reported on Thursday, Aug. 8.

Collins has dementia and dislikes hospital gowns. In the video, Cortez allegedly showed Collins a hospital gown while she was in bed, with Montesa holding up a phone to film them. Collins is seen waving her arm to remove it. The video is captioned with “Margaret hates gowns” and two laughing emoji.

Cortez told police that it was an “ongoing inside joke” but Collins’ daughter, Joan Biebel, called it “disturbing.”

Both Montesa and Cortez were fired from the nursing home and Collins has been transferred to another facility.

Despite the removal of the two nursing assistants, the family has pursued a lawsuit this August against the nursing home. The Abington is accused of violating the Illinois Nursing Home Care Act, state privacy laws and the Health Insurance Portability and Accountability Act of 1996.

“It’s abuse. They knew that she didn’t like this and they persisted in doing it,” said lawyer Margaret Battersby Black of the firm Levin & Perconti, who filed the lawsuit on behalf of Collins. “Not only did she not get the care she needed, but she got bullied and taunted instead.”

Montesa and Cortez are expected to appear in court this month.  Niña V. Guno /ra