MANILA, Philippines — Presidential Spokesperson Salvador Panelo on Sunday said the joint oil exploration deal between the Philippines and China could be used as a “bargaining leverage” in settling the dispute in the West Philippine Sea (WPS).

President Rodrigo Duterte earlier said he would push for the “exploitation of natural resources” in the WPS through a joint exploration deal when he visits China later this month.

“If you could use that as a bargaining leverage, sasabihin mo, ‘after all amin naman yan, although kine-claim nyo rin yan, bat di na lang natin pag-usapan yung ating joint exploration para pareho tayong makinabang?’”, Panelo said in an interview on Radyo Inquirer. 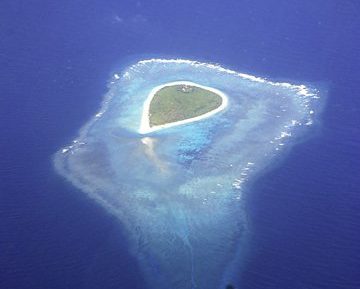 Asked why the government would grant rights to exploit resources in the WPS with the same country that is claiming the Philippines’ territory, Panelo said: “Kung ikaw ang may-ari pwede mo ipagamit, ipahiram. Pwedeng dalawa kayo ang gumamit. In other words, That very act alone shows that you are the owner kasi pumapayag ka. Dahil kung hindi man ikaw yung—how can you give permission for an act on a particular thing which you own if you do not own it?”

Panelo also explained that the Philippines is entering into the deal with China, and not any other country, because the disputed territory between the two countries has a rich potential  for mineral and oil resources.

Panelo said there would be no double standards once the deal pushes through.

Duterte earlier said that he does not see any problem with China’s proposal to split the oil resources in the WPS.

“There is one thing I can assure you. China will not insist on larger share than that of the Philippines from the perspective of the government. It’s really up to the enterprises concerned, the two sides to decide,” Zhao told reporters as the Chinese government donated to the Department of the Interior and Local Government (DILG) P10 million for quake-hit Batanes province. /gsg