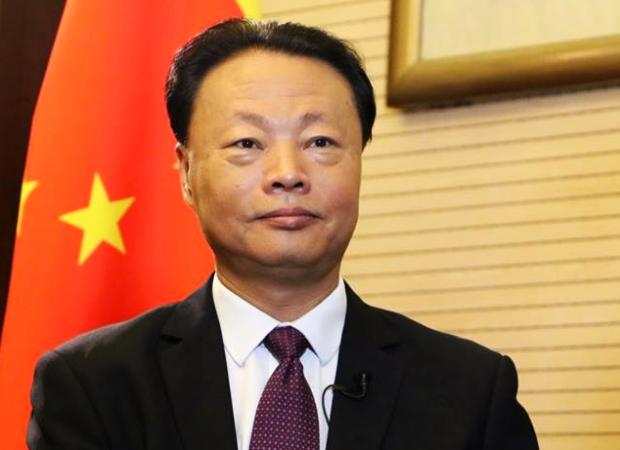 “There is one thing I can assure you. China will not insist larger share than that of the Philippines from the perspective of the government. It’s really up to the enterprises concerned, the two sides to decide,” Zhao told reporters as the Chinese government donated to the Department of the Interior and Local Government (DILG) P10 million for quake-hit Batanes province.

Zhao’s assurance came a day after President Rodrigo Duterte said he would push for the exploitation of natural resources in the disputed waters through the joint exploration deal with China when he meets his counterpart President Xi Jinping in his fifth visit to the Asian powerhouse later this month.

Duterte said he sees nothing wrong with China’s proposal of 60-40 deal to split oil resources in the West Philippine Sea in Manila’s favor.

The two countries signed a memorandum of understanding concerning oil and gas exploration when Xi visited the country last year.

But Zhao said China maintains its stand that it will not recognize the 2016 landmark arbitral ruling that favored the rights of the Philippines in the disputed waters, even as Duterte confirmed he would raise the matter during the visit.

“We expressed that we will not accept it. We will not recognize that. That remains. Our position has not changed and we will not be changed,” said Zhao.

He also asserted that the conflicting claims between China and the Philippines in the West Philippine Sea only constitute one percent of the diplomatic relationship of two countries.

In his speech during the turn-over ceremony of funds for Batanes province, Zhao said “China will continue to be a good friend, a good neighbor and close relatives to the Filipino people.” /jpv