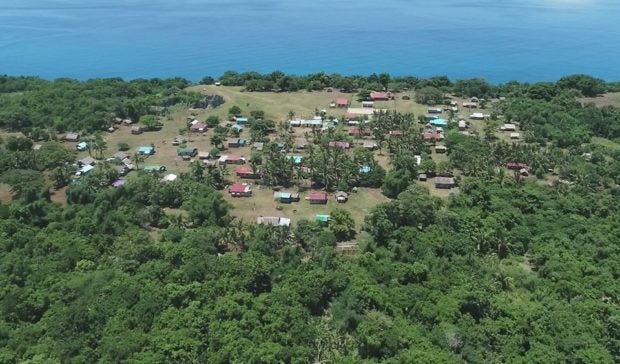 MANILA, Philippines—An opposition lawmaker cautioned the Philippine government against allowing Chinese companies to take over three islets in the northern part of the country, saying there’s no guarantee that China would not use these for military purposes.

Letting Chinese companies lease and develop the islets would be a huge national security risk, according to Rep. Manuel Gabochan III, of the party-list group Magdalo composed mainly of former military officers.

“We can never be sure that the islands will strictly be used for tourism purposes,” Gabochan said.

“The fact that Chinese firms have chosen islands of importance to strategic maritime security is enough to raise doubts on their motives,” he said in a statement on Thursday (Aug 8).

“We should have learned our lessons. China says something in public, but does otherwise on the ground,” he added.

Last Aug. 5, INQUIRER.net reported that the three islands — Fuga in Cagayan province, and Grande and Chiquita in Subic Bay, Zambales — are being eyed as centers of tourism by Chinese investors.

Cabochan said the development of these areas should not be left to Chinese nationals, especially since Philippine state security forces and agecnies still consider the Asian superpower as a threat.

“According to the Department of National Defense, China is still considered a primary threat to our national security given the West Philippine Sea conflict,” Gabochan said.

“Having said this, the Philippine government should exercise extra caution on approving plans of developing Philippine islands into tourist destinations by Chinese firms,” he added.

He also insisted that military officials should have been consulted first about this plan.

He said if the Chinese would be alllowed to develop the islands, “we are taking their bait.”

“Our government will be the very enabler of China’s creeping invasion,” Cabochan said.

Tension with China over its aggressive actions in the West Philippine Sea was revived after a Chinese trawler rammed a Philippine boat last June 9 in Recto Bank, a Philippine territory, and left Filipino fishermen to die at sea.

Gem-ver 1, carrying 22 Filipino fishermen, eventually sunk.  The Filipinos were rescued by a Vietnamese ship hours after.

Despite outrage over the case, Philippine President Rodrigo Duterte has labeled it as a “little maritime accident.” /TSB