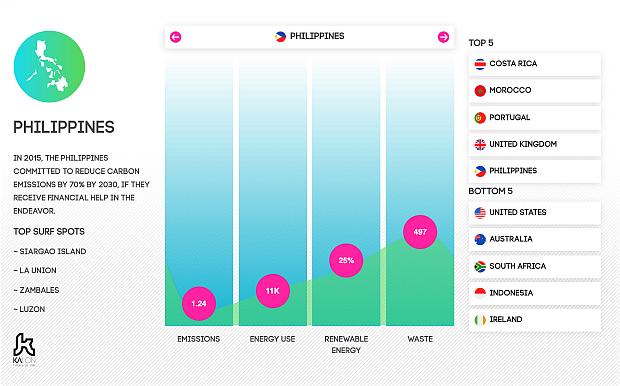 On top of the list is Costa Rica, followed by Morocco, Portugal, and the United Kingdom.

In the bottom five of the list are the United States, Australia, South Africa, Indonesia, and Ireland.

Other information regarding the Philippines that were noted in the research include the following:

Kalon Surf conducted the research by compiling a list of countries that are well-known for their surfing beaches and compared their rankings on the Climate Change Performance Index and Climate Action Tracker.

To view the full report, click on this link: 5 countries fighting climate change to help save surfing.