New Asean building to be inaugurated in Jakarta | Global News

New Asean building to be inaugurated in Jakarta 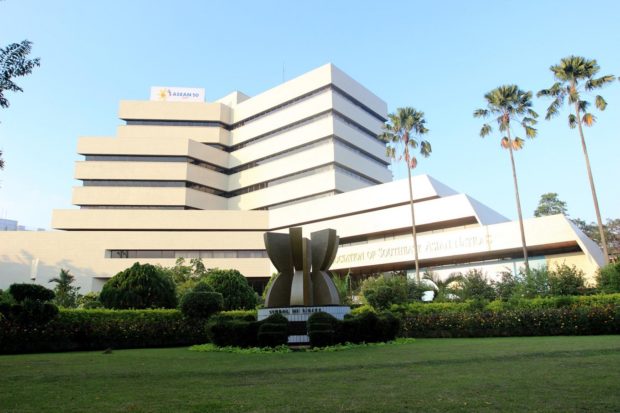 The facade of the current ASEAN Secretariat building in South Jakarta is seen on Aug. 7, 2017. (JP/Ibrahim Irsyad)

JAKARTA — Indonesia will mark Asean Day with the opening of a new Asean Secretariat building in Jakarta on Thursday, a Foreign Ministry official has said.

The new building, located on Jalan Trunojoyo in South Jakarta, near the current Asean Secretariat building, will better accommodate and promote cooperation among the Asean community.

The Foreign Ministry has also invited representatives of all the Asean members and is currently waiting for their confirmation.

With the development of the new building as well as the location of the Asean secretariat being in Jakarta, Faizasyah said that “it’s becoming clearer” that Jakarta was shaping up to be the “capital of Asean”.

He said he hoped that future Asean meetings would be held in Jakarta as well.

Thursday’s event will include the creation of time capsule containing the hopes and visions of Asean member states for the future — which will be opened in 2042 on what will be the 75th anniversary of the signing of the Asean Declaration.

Signed on Aug. 8, 1967 in Bangkok, the declaration marked the establishment of Asean.

Indonesia is one of the five founding members of Asean and plays a significant role in the group as the home of the Asean Secretariat.