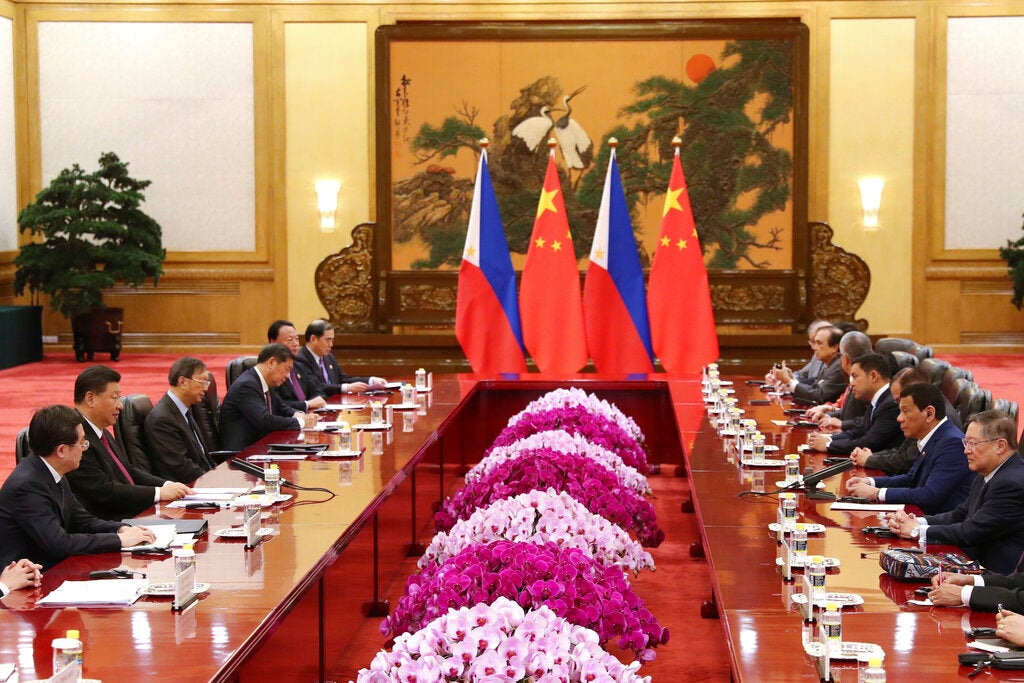 MANILA, Philippines — A Chinese official said he sees the “trust deficit” between the Philippines and China as a challenge in the bilateral relationship between the two countries.

Speaking at the Belt and Road China-Philippines Forum on People-to-People Exchange & Economic Cooperation in Pasay City on Friday, Deputy Chief of Mission and Minister-Counsellor at the Embassy of China in Manila Tan Qingsheng admitted that “even the closest friends or happiest couple can still have differences and arguments.”

“The other challenge for us is the trust deficit. The relationship between two countries is similar to that of two persons,” Tan said.

“The secret of friendship or love is to put our differences at a suitable place without undermining the overall relations,” he added.

These incidents include a reported ramming of a Philippine fishing boat by a Chinese vessel in Recto (Reed) Bank in the West Philippine Sea, which left 22 Filipino fishermen left at sea on the night of June 9.

A verbal agreement between President Rodrigo Duterte and Chinese President Xi Jinping also became a topic of concern as it allowed China to fish in the Philippines’ exclusive economic zone.

“In our bilateral relation sometimes a simple incident or a single issue can be blown out of proportion,” Tan went on.

Communications Secretary Martin Andanar echoed the position of the Chinese official, saying that issues like that on the West Philippine Sea, should not “run the entire bilateral relationship” between the Philippines and China.

“So yo’ng aspeto na yun alam kong meron tayong problema, pero the problemthere would not be the one that will basically run the entire bilateral relationship of both countries. It’s just one aspect,” he further said.

ADVERTISEMENT
This comes as a recent Pulse Asia survey showed that majority of Filipinos think that the Philippines cannot trust China.
READ: Pulse Asia: Most Filipinos distrust China, Russia; US, Canada trusted
The survey, which was conducted from June 24 to 30, 2019, disclosed that among 1,200 respondents, 74 percent believe that the Philippines should not trust China at all.
But Andanar expressed optimitism that “things will be okay” in terms of trust issues between the two countries.
The Cabinet secretary cited the rise in Chinese tourists—1.2 million in 2018—coming into the Philippines and believes Duterte’s “independent foreign policy” would ensure an increased number of Chinese tourists in the coming years.
“We started from a very low number of tourists from the People’s Republic of China and because of the leadership of President Duterte and his independent foreign policy that: ‘We’re friends to all and enemies to none,’ it keeps on increasing,” Andanar said.
“Not only in tourists. China [has] opened its market for our agriculture products and also for our workers. Specifically English teachers and they also have big ticket infrastructure projects,” he added.
During his speech, Tan noted that a memorandum of understanding between the two governments is being implemented for Filipino teachers of the English language to work in China starting September.
“We have completed and turned over two drug-rehab centers in Mindanao to the Philippines, which will cater at least 300 patients, and create a lot of jobs for the locals,” the Chinese official added.
“Over the past two years, we have imported more than $2 billion tropical fruits from the Philippines. Last year alone, we imported more than one million metric tons of bananas and became the number one export market for Philippine bananas,” he further said. /jpv

Panelo: No need for Congress in Duterte deal to unleash China on PH fishing areas