MANILA, Philippines — Most Filipinos believe that the Philippines cannot trust Russia and China too much or not trust these countries at all, a Pulse Asia survey bared Friday.

The survey, conducted from June 24 to 30, 2019 among 1,200 respondents, revealed that 74 percent believe that the Philippines should not trust China at all, while 57 percent said Russia should not be trusted at all. 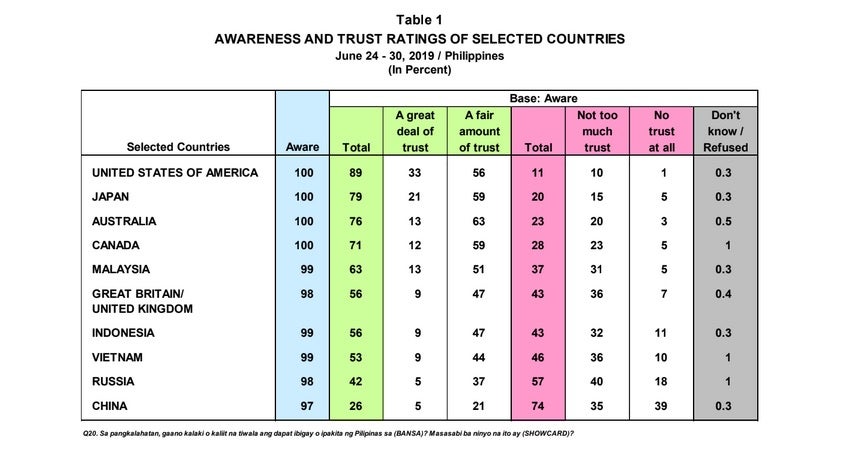 Meanwhile, trust is the predominant sentiment toward Australia, Canada, Indonesia, Japan, Malaysia, the United Kingdom, the United States, and Vietnam, according to the major pollster.

More particularly, the prevailing opinion among Filipinos is that the Philippines should extend a fair amount of trust on Australia (63 percent), Canada (59 percent), Japan (59 percent), the US (56 percent), and Malaysia (51 percent). 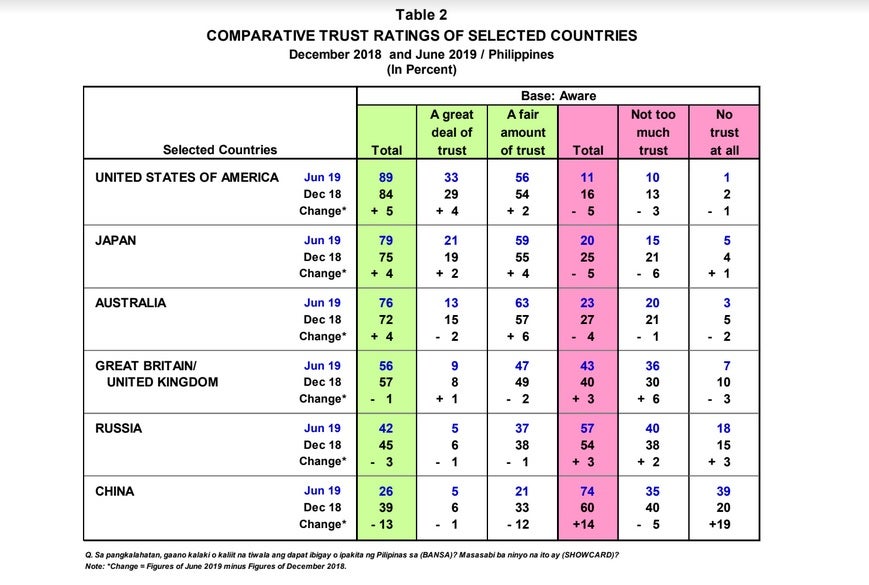 Meanwhile, big pluralities are of the view that the Philippines should show a fair amount of trust towards the United Kingdom (47 percent), Indonesia (47 percent), and Vietnam (44 percent), the Pulse Asia survey added.

The nationwide survey was conducted through face-to-face interviews of adults 18 years old and above. It has a ± 2.8% error margin at the 95 percent confidence level. /muf