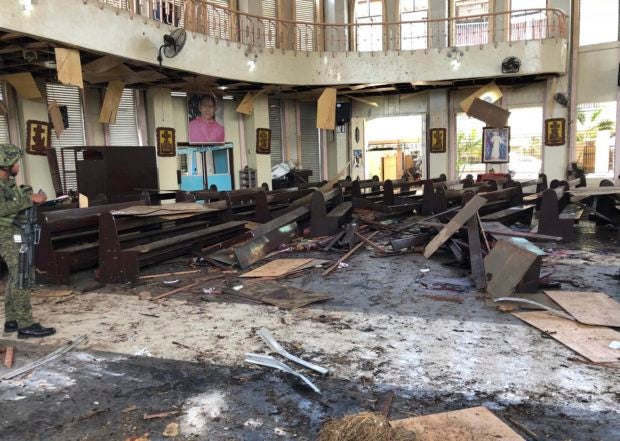 MANILA, Philippines — The Philippine National Police (PNP) said the Indonesian National Police’s findings will hasten the investigation on the bombing of a cathedral in Jolo, Sulu in January which killed 22 people.

“As the investigation being conducted by the PNP continues, this development is expected to hasten the probe by further narrowing possibilities for DNA matching with the kin of the identified alleged Indonesian suspects,” PNP spokesman Brig. Gen. Bernard Banac said in a statement sent to reporters on Wednesday.

PNP said it is also welcoming the Indonesian police’s findings on the suspects behind the twin explosion in Sulu.

“The PNP welcomes the pronouncement made by Indonesia’s National Police on the names of alleged Indonesian suspects in the infamous Jolo Cathedral bombing that left 22 persons dead and 100 others injured,” Banac said.