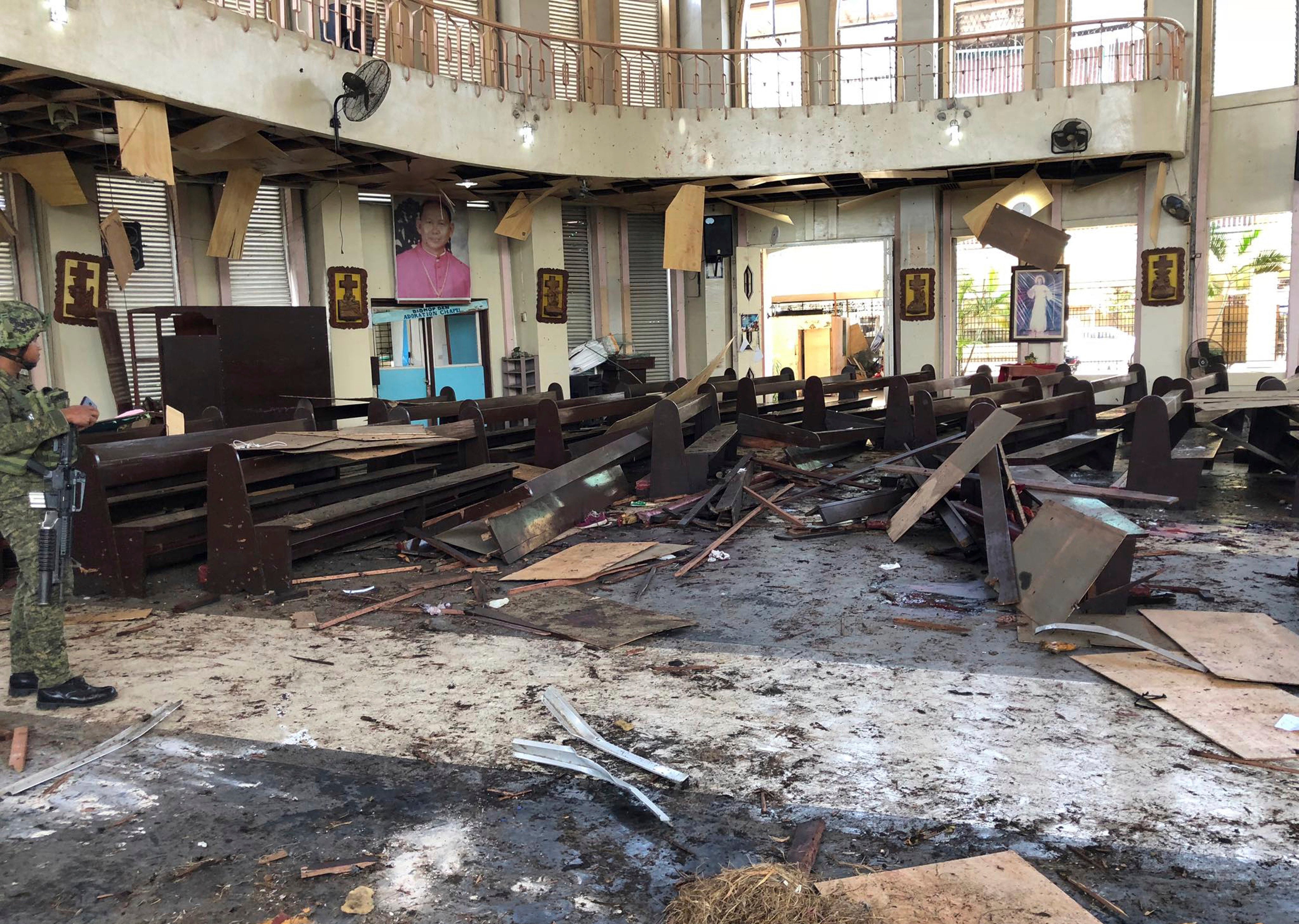 MANILA, Philippines — The Armed Forces of the Philippines confirmed Wednesday the media report that said the twin bombings in Jolo cathedral last January were carried out by an Indonesian couple.

AFP spokesperson Brig. Gen. Edgard Arevalo said the news report quoting Indonesian authorities about the deadly explosions in Sulu early this year were similar to their own findings which they have also provided to their counterparts.

“The AFP has shared notes and provided vital information with Indonesian counterparts. Those data which were based on our own inquiry and intelligence contributed to their deliberations that led to this confirmation,” he said in a statement.

Arevalo said this development stresses “the importance of cooperation and information sharing between and among countries in the region particularly Indonesia, Malaysia, Singapore, and the Philippines.”

“Not only on matters with relevance to the military but also those that impact on the police to bolster our security postures,” he added.

The Jolo cathedral bombing was the second case of suicide bombing in the Philippines. In less than a year, there have been three suicide bombing attacks in Mindanao – two in Sulu and one in Basilan. /kga