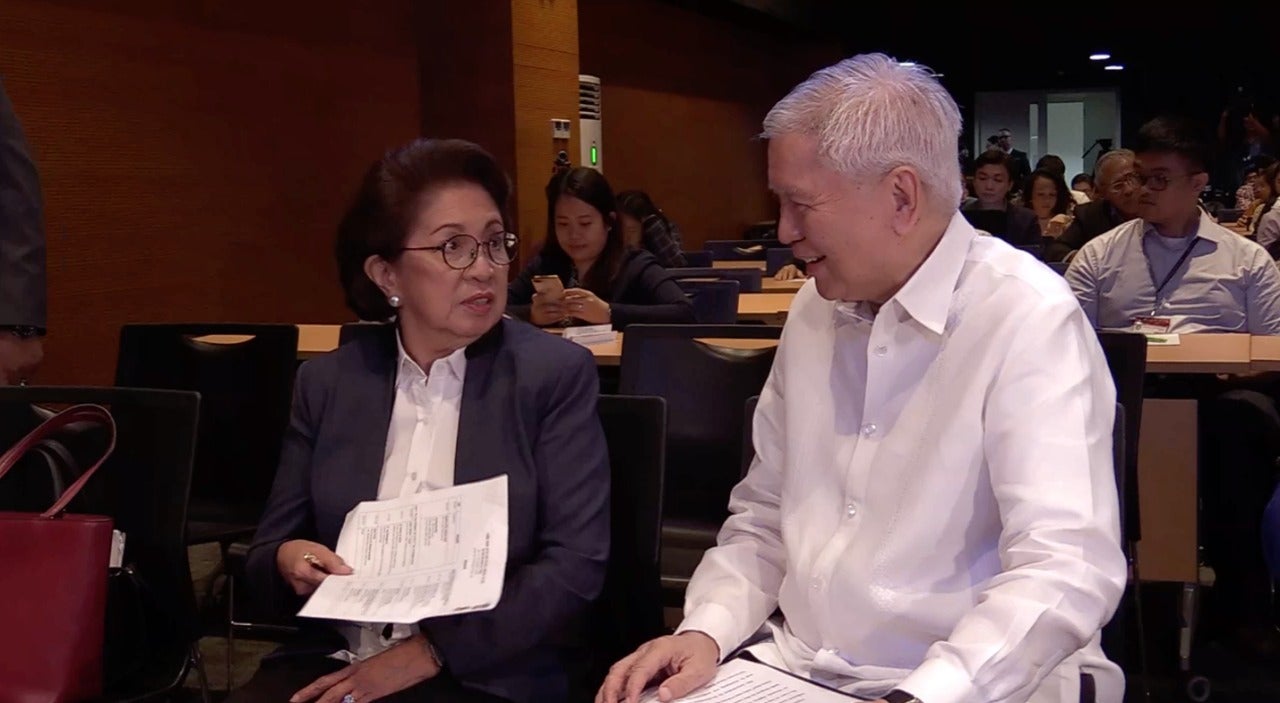 MANILA, Philippines — No public official, not even the President, has “the authority to grant foreigners fishing rights” in the Philippines’ exclusive economic zone (EEZ).

According to the former government officials, no presidential agreement with China or any other country can “override” the mandate of the Constitution that the “use and enjoyment” of the resources in the Philippines’ EEZ are “reserved…exclusively to Filipino citizens.”

They noted that Duterte recognized in his fourth State of the Nation Address (Sona) the Philippines’ United Nations Convention on the Law of the Sea (UNCLOS) victory in July 2016, yet also mentioned how China, through Xi, “exacted Chinese fishing rights through threats of war” in the Philippines’ EEZ in October of that year.

The President earlier bared that he forged an unwritten agreement with Xi Jinping allowing Chinese fishermen to trawl in the Philippines’ EEZ after Beijing granted Filipino fishermen access to Scarborough Shoal.

“A crucial question is: why was this agreement secret and hidden from the Filipino people for nearly three years?” Morales and Del Rosario said.

“The answer can only be that this agreement manifestly contravenes our fundamental law – the Constitution,” the two added.

Del Rosario and Morales filed in March a communication against Xi before the International Criminal Court (ICC) for depriving Filipino fishermen of their livelihood, as well as for China’s aggression and environmental degradation in the West Philippine Sea.

For Morales and Del Rosario, the verbal fishing deal between Duterte and Xi is “illegal, null and void.”

“Unless the Constitution is amended, no public official has the authority to grant foreigners fishing rights in our EEZ,” they said.

The two cited the Vienna Convention on the Law of Treaties, which states that “[a] treaty is void if its conclusion has been procured by the threat or use of force in violation of the principles of international law embodied in the Charter of the United Nations.”

Both the Philippines and China are parties to the Vienna Convention on the Law of Treaties.

“Thus, if the Philippines agrees to share its resources in its [EEZ] because China is threatening to use force or wage war against it, such an agreement is illegal, void and does not bind the Filipino people,” they explained.

No traditional fishing rights in EEZ

Duterte said in his fourth Sona that the Philippines “may enter in a fishing agreement with other states” based on the 2016 ruling of the Permanent Court of Arbitration in The Hague, Netherlands.

“I was invoking the traditional fishing rights. It was in the arbitral ruling. Ayaw niyo lang tingnan [You just don’t want to look at it]. It is mentioned there that even before countries were in existence, people around an ocean or a lake had already been fishing there for generations,” the President said.

“And that is why fishing rights are allowed in the so many cases between Finland and Germany, decided by UNCLOS,” he added.

But Morales and Del Rosario countered this and clarified that “traditional fishing rights among Filipinos, Chinese, Vietnamese and others are limited only in the 12-nautical mile territorial sea around Scarborough Shoal, not in the Philippine EEZ, which is almost twice the total area of the country.”

“These traditional fishing rights are ‘artisanal,’ using small boats like the ones used by Filipino fishermen. The Chinese large fishing fleets do not qualify as traditional fishing and, as such, are not entitled to fish in Scarborough Shoal,” they also pointed out.

The two former senior officials further stressed that “[o]nly Filipinos are entitled to fish in the Philippine EEZ.”

They also emphasized that the UNCLOS Award has ruled that a country has no obligation to enter into an agreement with another country on the use of its EEZ, even if Duterte said in his Sona that the Philippines may do so.

“In the case of the Philippines, it is prohibited to give part of its EEZ to the Chinese because the Philippine Constitution specifically reserves the use and enjoyment of its EEZ exclusively to Filipinos,” Morales and Del Rosario said.

“China has almost depleted its fishing stocks in its waters and now wants to fish in the Philippines to the detriment of countless Filipinos who rely on fishing to survive.” they also said. /kga