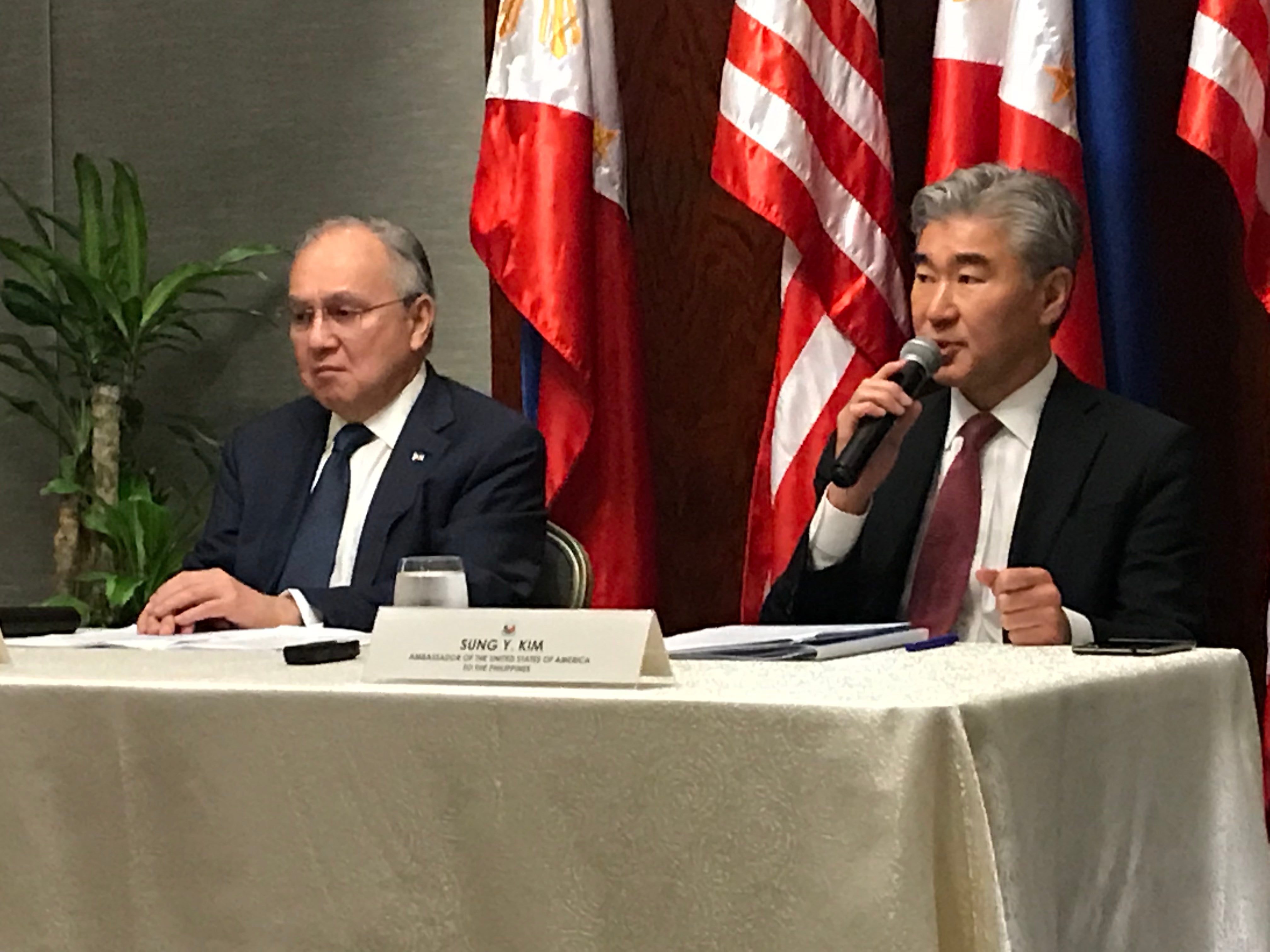 Philippine Ambassador to the United States Jose Manuel Romualdez (left) and US Ambassador to the Philippines Sung Kim (right) answer questions from the media at a press conference on Tuesday (July 16, 2019) regarding the 8th Bilateral Strategic Dialogue between the two countries. Photo by Christia Marie Ramos/INQUIRER.net

“I’m obviously grateful and excited about it,” Kim told reporters on Tuesday at a press conference on the 8th Bilateral Strategic Dialogue between the Philippines and the US, referring to his reported reassignment to Indonesia.

“For now I remain focused on [the] US-Philippine relationship…This is a tremendous opportunity and privilege for me to serve as ambassador to the Philippines,” he further said.

Kim, meanwhile, noted there has yet to be a clear time for his departure from his post in the Philippines.

“There’s been no decision on my departure time,” he said.

“I remain focused on my work here in Manila, we’ll continue to do so until there’s a clear sense of timing for my next assignment,” he added.

Last week, a statement posted on the White House website said Trump had announced his intent to nominate Kim as the next “Ambassador Extraordinary and Plenipotentiary to the Republic of Indonesia.”

This came following reports that US State Department Deputy Assistant Secretary for the Bureau of Conflict and Stabilization Operations Mina Chang would be Washington’s next ambassador to the Philippines.

READ: US Embassy denies report Mina Chang is next ambassador to PH

The US Embassy, however, denied Chang’s supposed appointment.  /muf