Philippines to deepen counter-terror cooperation with US after Sulu blast 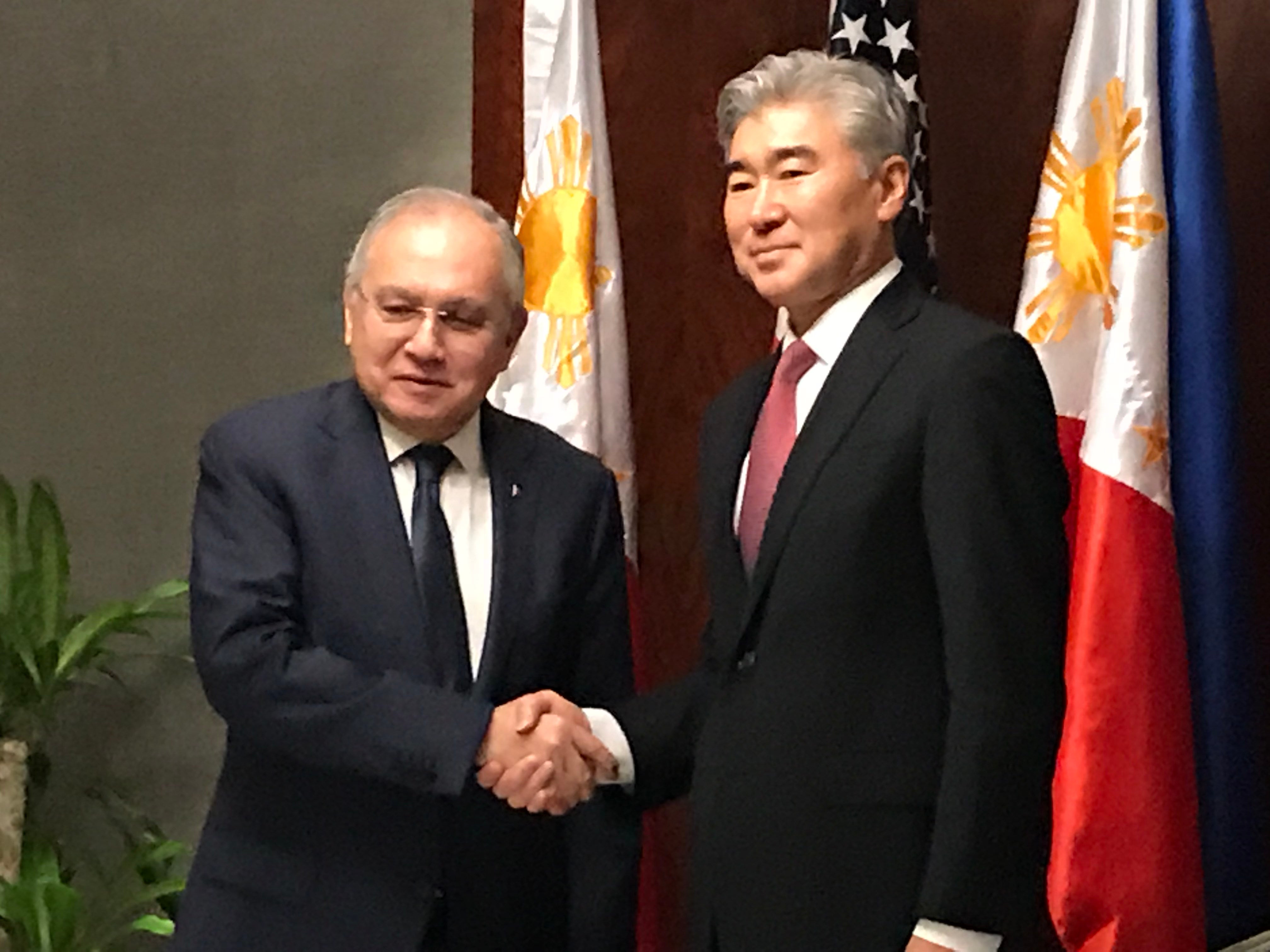 Philippine Ambassador to the United States Jose Manuel Romualdez (left) and US Ambassador to the Philippines Sung Kim (right) shake hands after a press conference on Tuesday (July 16, 2019), where they discussed what transpired during the 8th Bilateral Strategic Dialogue between the two countries. Photo by Christia Marie Ramos/INQUIRER.net

MANILA, Philippines — The Philippines and the United States have expressed commitment to enhance counter-terrorism cooperation following the bomb attack on a military camp in Sulu which was carried out by suspected suicide bombers.

“Both the United States and the Philippines are quite concerned about extremist activities in the Philippines. And this is why counter-terrorism cooperation has been such a key element of our bilateral cooperation,” U.S. Ambassador to the Philippines Sung Kim told reporters in a press briefing, shortly after the 8th Bilateral Strategic Dialogue between the two countries which was concluded on Tuesday.

Last week, authorities confirmed that one of the two alleged suicide bombers responsible for the explosion at a military camp in Indanan, Sulu was a Filipino.

The military identified one of the bombers as 23-year-old Norman Lasuca, a Filipino militant who joined the Abu Sayyaf terror group five years ago.

READ: One of two Sulu suicide bombers a Filipino

For his part, Philippine Ambassador to the United States Jose Manuel Romualdez noted that both countries will continue with shared efforts on fighting terrorism, particularly in the “intelligence sharing aspect.”

“Our meetings…[are] clearly productive in the sense that…the working groups were able to discuss on how we can cooperate even more now, especially with what happened in the recent bombing in Jolo,” Romualdez said.

Aside from counter-terrorism cooperation, the said dialogue between the Philippines and the U.S. from July 15 to 16, also forged a “deeper partnership” in terms of trade, defense and security, as well as anti-trafficking efforts.

“In pursuit of a deeper partnership we intend to mold the alliance into one that gets ahead of the issues presented by the global environment,” Romualdez said.  /muf