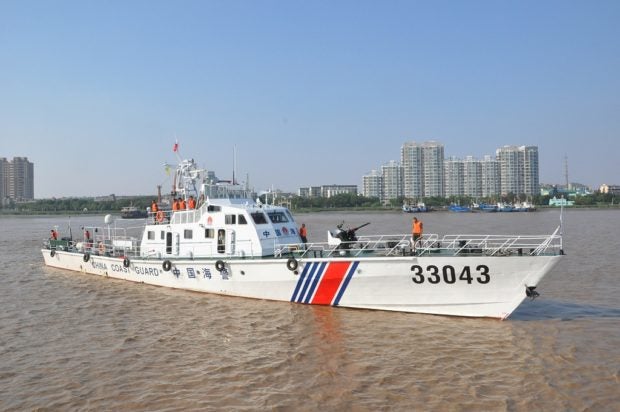 BEIJING — Apart from criminal and public security cases, the hotline also covers illegal fishing, fishing disputes and other issues to help support the general work of the coast guard.

China Coast Guard launched its first public hotline last week with the 24 hour service accessible by dialing 95110. It is expected to strengthen the country’s maritime law enforcement capabilities a better guarantee safety on the water.

The hotline is designed to handle seven issues in particular including reports of smuggling, illegal exploitation of resources or unauthorized utilization of uninhabited islands as well as provide enhanced monitoring and protection of coastal regions.

Reports of submarine cables or pipelines being operated without permission and activities that might endanger existing pipelines can also be addressed via the hotline.

People can also call to report unauthorized projects, construction and waste disposal that pose risks to the marine ecological environment.

Apart from criminal and public security cases, the hotline also covers illegal fishing, fishing disputes and other issues to help support the general work of the coast guard.

The hotline can be directly called by fixed-line phones and mobile phones. When on the open sea or from other countries, the service can accessed by calling 010-6899-5110.

In July last year, China Coast Guard was transferred from civilian control under the State Council and the State Oceanic Administration to the People’s Armed Police Force under the command of the Central Military Commission.

China Coast Guard serves as a coordinating agency for maritime search and rescue and law enforcement in the territorial waters of China.

It is tasked with the patrol of territorial waters and disputed territories, anti-smuggling, anti-piracy, maritime policing and ship inspections, harbor and coastal security, research and surveys, search and rescue and fisheries protection.