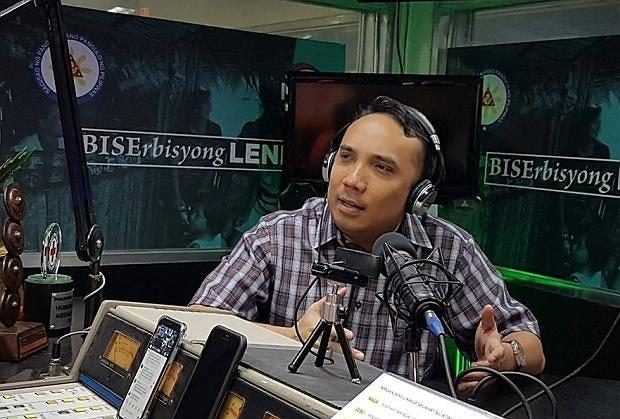 MANILA, Philippines — Cutting ties with Iceland, as suggested by Sen. Imee Marcos, would make it appear that there’s some validity in the resolution that it filed calling on the United Nations Human Rights Council (UNHRC) to look into the rights situation in the Philippines, according to Barry Gutierrez, spokesperson of Vice President Leni Robredo.

“What would that look like to the international community?” Gutierrez, speaking in Filipino, said on Sunday on “BISErbisyong Leni,” the weekly AM radio program of Robredo aired over DZXL. “If that’s our move, our answer to the resolution passed by Iceland and [27] other nations and now being acted on by the UN Human Rights Council is to hit back at the leader, they might say we’re having a tantrum: ‘I don’t want to talk to you anymore because you started this investigation’.”

Iceland filed the resolution, which was also signed by 27 states and adopted during the 41st session of the UNHRC in Geneva, Switzerland on July 11.

Marcos then suggested that the Philippines should cut its ties with Iceland.

“So what will they think?” Gutierrez said. “It would appear that they might really be some truth to the complaint because of such a reaction instead of us bravely facing the issue.”

He added that the Philippines should welcome the investigation if it really had nothing to hide.

“If you know that you have done nothing wrong and someone says ‘we will investigate you,’ you should be brave enough to say ‘OK go ahead.’ Right?” Gutierrez added.

The move to cut ties with any country, Gutierrez explained, would be “a severe move.”

“How will our citizens be able to go to that country then?” he said.

He also called on the Philippine National Police (PNP) to release the reports on the cases of suspects allegedly fighting back against authorities during anti-illegal drug operations.

“The PNP keeps saying that, based on its studies and statistics, the number of those who were killed is not that big and that everyone who died fought back and that there are very few whose death could be called ‘collateral damage’,” he said.